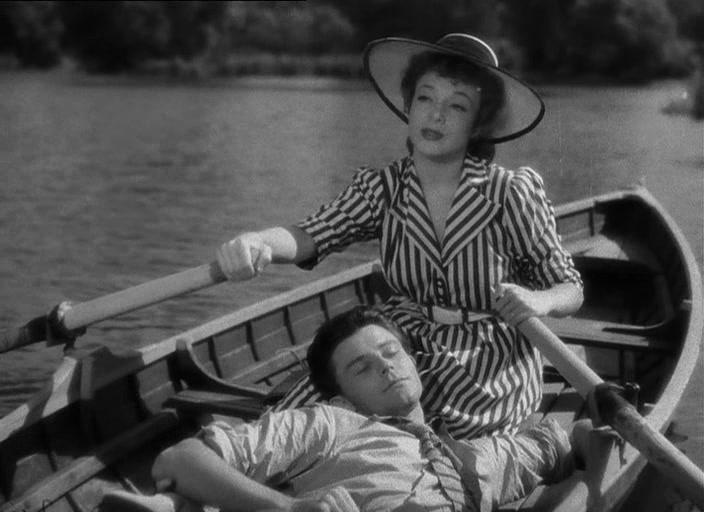 The Raymond Radiguet novel was pretty risqué to start with - 15-year-old boy falls for 18-year-old married woman, and gets her pregnant to boot! - and director Autant-Lara, not shackled by the stupidities of a Breen Office, is quite happy to show his protagonists in bed. But of course it's much more subtle than that, with a fine script by (Tavernier's heroes) Aurenche and Bost, and excellent performances from Gérard Philipe and Micheline Presle. With Claude directing, that makes five good reasons why François Truffaut absolutely hated it - which as far as I'm concerned is a damn good one for checking it out.
http://www.paristransatlantic.com
REISSUED! Eric La Casa / Jean-Luc Guionnet / Dan Warburton METRO PRE SAINT GERVAIS
https://swarming.bandcamp.com/album/met ... nt-gervais
Top “The studio's biggest assets, the screen's two biggest chests, together for the first time." A good friend with consistent, superior taste considers Mitchum the alpha and omega of male leads, and this is his favorite. Milner (Mitchum) plays unknown rake mixed up in no good who accepts a lucrative offer to simply fly to a Mexican resort and receive further instruction. As soon as he lands Jane Russell's in the crosshairs, Lenore is a famous actress vacationing with her famous actor beau Mark Cardigan (Vincent Price). Renowned more for her endowment, Jane Russell’s face is beautiful and assertive, and she sings a couple songs in Spanish. Tim Holt shows up (ugh), Charles McGraw's a hood, Raymond Burr in spare time gives us a wonderfully nervous Tony Soprano (named Nick Ferraro), and Jim Backus plays an unconscionable hump. I don't want to ruin anything else.

St. Louisan Vincent Price prima facie can come off too 30s theater, yet with sneaky unimpeachable range. Dragonwyck counts among my favorite movies full stop. Here he's an aloof, effeminate, confused goof. He's a scorchingly homosexual drip wearing a mohair hunting coat with suede right shoulder pad and this twist on Hamlet as he chambers his rifle: "Now might I drink our blood and do such bitter business the earth would quake to look upon." If there’s a fault, Price’s transatlantic articulation amalgamated with what sounds like an old southern Virginia accent ("ha-oose" for "house") turns on and off like Costner's Robin Hood. After gunning down a goon at distance, Cardigan: "Deceased! Or as you say in plain terms, gone to heaven!"

Pleats, quadruple pleats, reverse pleats, baggy trousers with a long rise, polka-dot drapes and big gauge blinds, like the interiors of the Tahoe Corleone compound. Robust use of exposed stone interiors and exteriors, I wonder if that Mayan Revival home of many Los Angeles movies wasn't filmed here. Shadows are near gaudy even for hardboiled noir. There's some handy omniscient narrator connective tissue throughout the first half, over maps too! At one point Milner irons his shirt and loads his pistol with just a muscle shirt (what my grandfather used to call it, now unfortunately best glossed as a wifebeater) tucked into dress pants, I couldn't help but think of John McClane.

My favorite part of this picture is the unabashed humor, doubtless informed by RKO's ethos of the era. Howard Hughes hired, fired and tinkered with this ad infinitum, having mob boss Robert J. Wilke replaced with Burr post-production and each scene involving Nick Ferraro reshot. Burr is sweaty, swarthy, speaks passable Italian and ironically plays the least homoerotic character in the film. I’d just gone through the complete American Library Hammett Continental Op stories before watching this so, grain of salt. It's a long movie for the vintage. Instantly into my top five noirs.

Milner (Mitchum): "I never bet on a race in my life that wasn’t fixed."

Cardigan (Price): "Stay with me bucko, this is my private hunting ground, I know it like an owl knows his tree."

Lenore (Russell): "That was real nice, you shoulda been a masseur instead."
Milner: "Instead of what?"
Top

Schau, you are the awesomest. (Or as the inarticulate McNicholl says to the heartsick Streep in Sophie's Choice, 'You'll always be my number one.')
"Freedom of thought and speech without available means of gaining information and methods of sound analysis, are empty. Protection and security are meaningless until there is something positive worth protecting." E.W. Hall
Top

Steve Martin does a good job as the (anti)hero, and I'm even prepared to tolerate the perennially bug-eyed Jessica Harper and Bernadette Peters (though that's hard, knowing she stars in what is without doubt my least favourite film of all time, James Ivory's absolutely fucking godawful irredeemably terrible Slaves of New York), but it's Christopher Walken's dance routine that makes it all worthwhile. That said, Martin and Peters have got their steps down too. Not as pungent as the British original, but not a bad transatlantic transposition of the quintessentially English Dennis Potter.
http://www.paristransatlantic.com
REISSUED! Eric La Casa / Jean-Luc Guionnet / Dan Warburton METRO PRE SAINT GERVAIS
https://swarming.bandcamp.com/album/met ... nt-gervais
Top 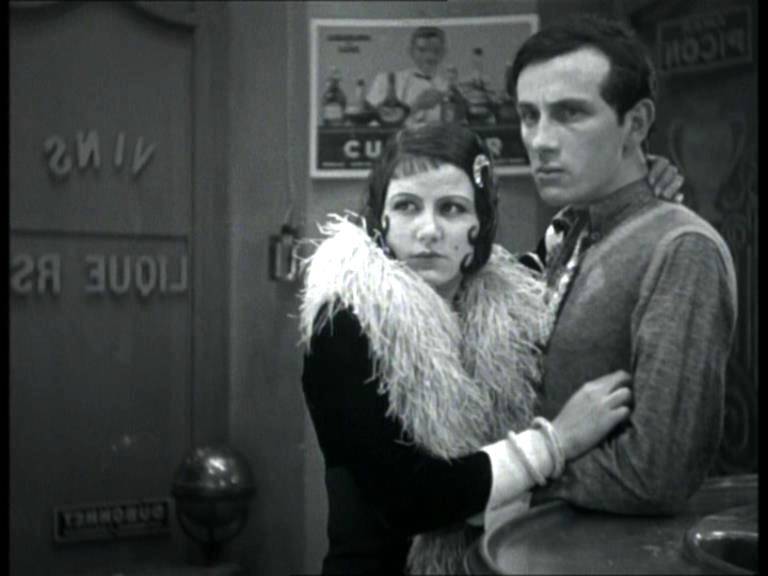 Clair's first talkie, and not surprisingly perhaps not all the dialogue is dubbed - it's always fascinating to see how directors and actors made that painful transition from silent to sound - but there's some very clever use of music: note how the title song (which you get over and over again) fades in during the opening magnificent descending crane shot, or how it reappears in various apartments as the camera tracks down from Pola Illéry's garret to street level (I wonder if Altman had this in mind for the opening sequence of The Long Goodbye). I also love how Clair deliberately drowns out dialogue with passing trains - Godard would later opt for car horns - and how he obscures the fight scene by staging the knife fight behind fences and pillars. Fascinating work, well worth checking out.
http://www.paristransatlantic.com
REISSUED! Eric La Casa / Jean-Luc Guionnet / Dan Warburton METRO PRE SAINT GERVAIS
https://swarming.bandcamp.com/album/met ... nt-gervais
Top OK, your French might not be up to understanding this fine and perceptive review http://ilaose.blogspot.fr/2014/06/edoua ... oline.html but if you want a first-class comedy, beautifully scripted and impeccably shot, you should do yourselves a favour and check it out. Yes, halfway between La Règle du Jeu and Une femme est une femme indeed, and arguably as good as both. Delicious. Thanks to Tavernier (see above) for hipping me to this one.
http://www.paristransatlantic.com
REISSUED! Eric La Casa / Jean-Luc Guionnet / Dan Warburton METRO PRE SAINT GERVAIS
https://swarming.bandcamp.com/album/met ... nt-gervais
Top 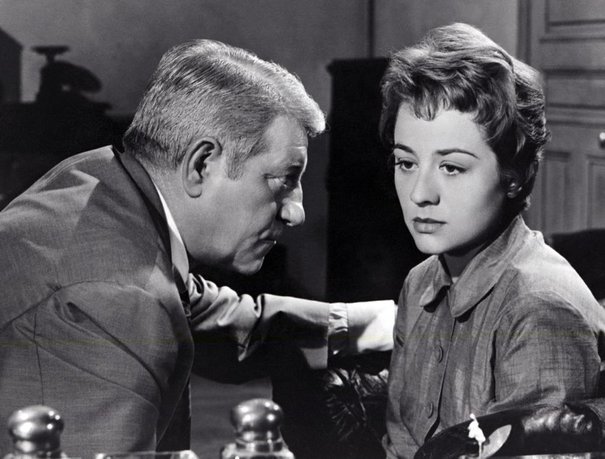 This is to giallo what Questi's Django Kill! was to spaghetti western - a total headfuck! Described rather well by one IMDb punter as "Les Diaboliques on acid (with a lot of chickens)", it's a totally bizarre love triangle/quadrilateral starring Jean-Louis Trintignant (choose the English audio track - it's not his voice in Italian either, but the English dialogue is so surreally stilted it sounds like it was written by Google Translate) as the dour husband of Gina Lollobrigida, whom he obviously married for money (though one can think of other reasons..), as she's inherited a hi-tech chicken farm and is perfecting research on a - wait for it - genetically "improved" chicken with neither head nor wings. The Association, a vaguely Mafia-like consortium of poultry farmers, is keen to exploit this mutant for profit (well, sure), and become suspicious of Jean, especially when his secret of hobby of pretending to tie up and stab hookers in a motel comes to light.. Quite apart from the bizarre plot, there's wonderfully weird photography - somewhere between Il deserto rosso and some acid-ridden art movie à la Pierre Clementi - and fabulous avant-garde soundtrack courtesy Bruno Maderna. A blast! And you'll love the ending

If I had the hair for it, I'd def go for her do.
"Freedom of thought and speech without available means of gaining information and methods of sound analysis, are empty. Protection and security are meaningless until there is something positive worth protecting." E.W. Hall
Top

This is excruciatingly heartbreaking and heartwrenching. It chronicles the story of a woman from high school days, with her romantic quests, career aspirations, and heartbreak. Spans several decades and is brilliantly acted and portrays the sentiments of Chinese youth at the time near or just after the cultural revolution. One of the best films I've seen this year.

Nice screenshots there, Mark. Thanks.

I still have a few Russells to see, but this one's definitely in the Ken Top Five. But make sure you check out the Director's Cut, because Russell's producers - no doubt horrified - forced some vicious cuts to get its R-rating. Kathleen Turner's use of the cop's nightstick has to be seen to be believed. She's terrific as the trendy fashion designer who moonlights as a hooker, a performance only topped by Anthony Perkins as the mad, popper-sniffing, vibrator-wielding "priest" determined to "save" her. (Yes, there is a Psycho connection, of course..) John Laughlin came in for some stick as the white bread suburban lower middle class hero, but I think he's just fine (Patrick Swayze would have given it the wrong vibe). Russell clearly relishes his enfant terrible status, and jumps at every opportunity to épater les américains: it's as if he's set out to subvert every possible genre of American cinema / TV, from heartfelt suburban family sitcom to slasher, aided and abetted by a pungent Barry Sandler script. Worst of all - and how the serious critics, Ebert included, failed to spot the monstrous irony is beyond me - is Rick Wakeman's deliriously tacky synth vandalism of Dvořák's 9th Symphony ("From the New World"). Irony on several levels, of course: that the music Neil Armstrong took with him to the Moon should be used as a backdrop for seamy sex is fun enough, but Russell is clearly also giving the finger to the folks at New World Pictures, and - I suspect - to the vast majority of the American movie-going public who probably had no idea what they were in for when they paid their $ to see it. And, yes, the DP - that stands for Director of Photography, btw

Swiped the screenshots from this site http://www.filmcomment.com/blog/a-touch ... ke-review/ - and the review's well worth having a look at. Needless to say, so is the film.

This is monumental, we watched late last night, thanks Dan.
Top

I saw this in the theater, wasn't too excited about it but I'll have to watch it again. Mountains May Depart is also a good one.
Top 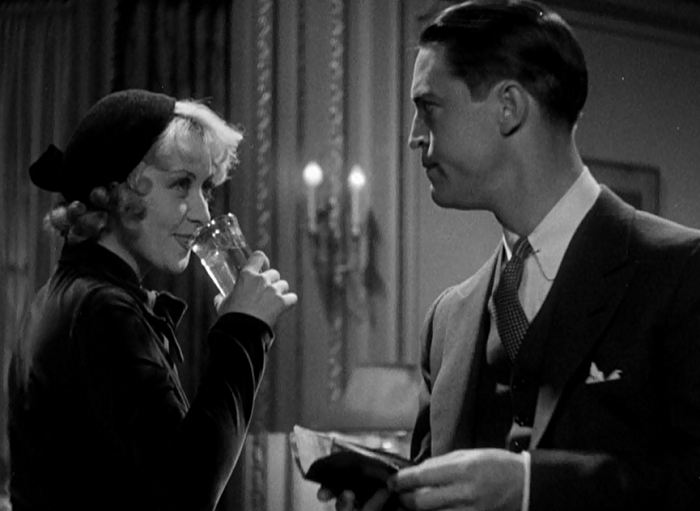 Despite notorious scenes like the above - comparisons might be drawn between this and Divine's legendary doggie-doo munching at the end of Pink Flamingos - Almodóvar's debut feature is a rather scrappy affair. It didn't take him long to get his act together and tighten up the plot (not to mention improve the cinematography), but this one's for completists only, imo.
http://www.paristransatlantic.com
REISSUED! Eric La Casa / Jean-Luc Guionnet / Dan Warburton METRO PRE SAINT GERVAIS
https://swarming.bandcamp.com/album/met ... nt-gervais
Top 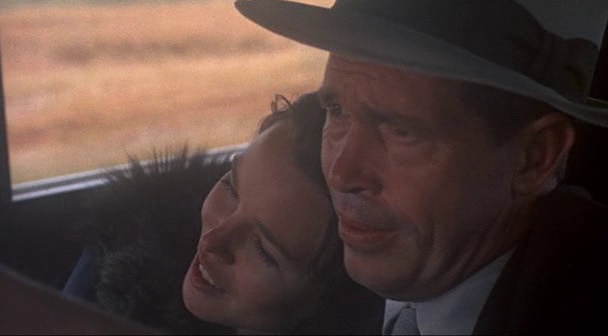 Not as famous as Bonnie and Clyde - the movie, I mean, not the man - but with magnificent performances from Harry Dean Stanton, Ben Johnson and the mighty Warren Oates as JD himself, it should be. Of course, Roger points out the inevitable influence of Penn's earlier film (http://www.rogerebert.com/reviews/dillinger-1973), but Milius wins hands down when it comes to squibs and body count. Sure, some of the details aren't 100% historically precise (of course), but as it's still open to question whether Dillinger was actually killed that night - http://www.historicmysteries.com/did-jo ... eally-die/ - who am I to complain?
http://www.paristransatlantic.com
REISSUED! Eric La Casa / Jean-Luc Guionnet / Dan Warburton METRO PRE SAINT GERVAIS
https://swarming.bandcamp.com/album/met ... nt-gervais
Top 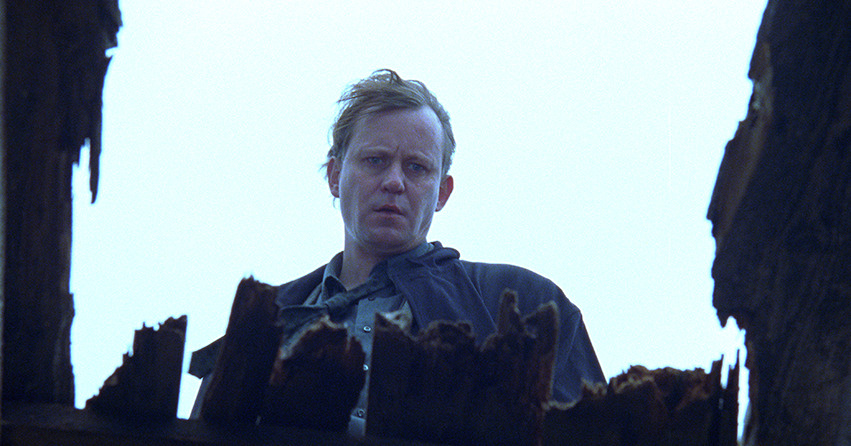 Is the Nolan remake any good? I can imagine Pacino, but not Robin Williams. No way could it be as cold as clinical as this - those Scandinavians certainly know how to do noir. And for most of the time - especially here, as we're in the land of the midnight sun - it's not noir at all, but as bright, white and deadly as a late Beckett novella. Another killer role for the magnificent Stellan Skarsgård.
http://www.paristransatlantic.com
REISSUED! Eric La Casa / Jean-Luc Guionnet / Dan Warburton METRO PRE SAINT GERVAIS
https://swarming.bandcamp.com/album/met ... nt-gervais
Top
Post Reply
Jump to