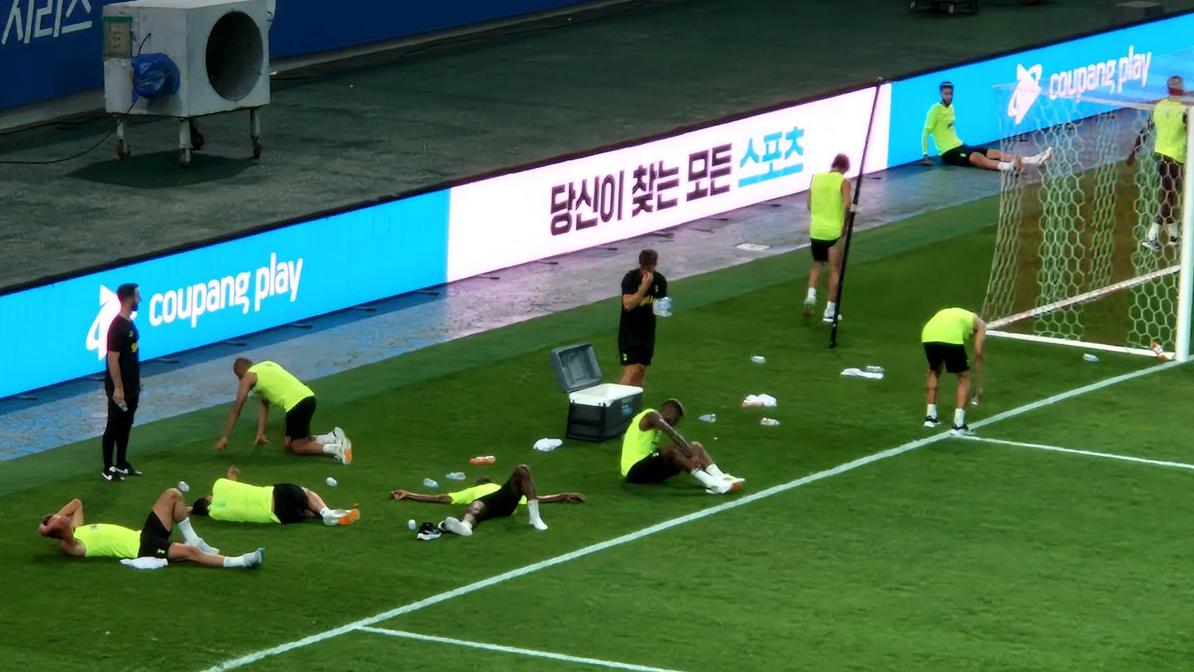 Unsatisfying draw for both Spurs and Chelsea. Tuchel "tactical masterclass" almost identical to what Brighton did to Spurs last year. With the defensive double pivot of Bentancour and Hojbjerg pushed deep and shielding the backline, boxed in and overrun by Mount / Havertz / Kante / Jorginho, all the supply lines were cut off: Kane dropping deep was pushed off the ball before he even got a touch, and the Royal / Sessegnon wingbacks were pinched along the sidelines. Kulusevski and Son were completely isolated. One of the problems that persists is that Bentancour and Hojbjerg dont have either the speed of Kante or the passing ability of Jorginho to progress the ball. And Chelsea set the traps in the right places. It was a really dispiriting performance, however I hold out hope that Bissouma is a different kind of defensive mid, more in the Kante mold. Switching to a 4-4-2 with Richarlison up top with Kane helped, until it required Son to track James which he didnt do leading to the second Chelsea goal.

Nice to get a smash and grab at the end, but both goals could and probably should have been chalked off: the first for Richarlison being off-side and imo clearly impeding Mendy's line of sight, causing him to dive late. and the second I dont know, Romero should have been sent off but I guess it was before the corner so it wouldnt have impacted Spurs getting to take the corner. The positive thing about having this match so early is it will reset everyone's expectations about where this club is actually at: still fighting for fourth and maybe not even favorites anymore.
Top

Liverpool looking thoroughly mid-table thus far. Only caught the last 30min of Spurs/Blues but much more entertaining lol. Not a fan of Tuchel's tough guy bullshit. Laughable really, made even better by the photo you just posted, Surfer.
https://deathiscertain.bandcamp.com/
Top

Another week, another match where Spurs are overrun in the midfield. We are defensively pretty solid though, even without Romero, although Sanchez makes me very nervous. I would start Bissouma soon, and either bring Bentancour or Hojbjerg on at the 60th minute. I would continue starting Perisic who has been excellent for Sessegnon. I would also consider starting Richarlison for Son.

The Sportswashing Derby was great fun, some wonderful goals and assists: Saint-Maximin driving into the heart of the defense and making John Stones look incompetent (what a terrible match he had, lucky not to give away a penalty too!), KdB's nutmeg assist, Trippier's free kick.

The Lutz Derby I only watched the highlights, but its pretty clear Chelsea arent the same team without Kante (although Kovacic would have helped). I do think Mendy is a excellent keeper but he's got that in him. I'll never understand why keepers want to try Cruyff turns in front of their own goal. Tuchel v. Marsch, round one to JesseBall.

My son's question of the weekend: Ivan Toney mocked Mitrovic's "unscrewing the bulb" goal celebration and then Mitrovic scored the match winner. Can Mitrovic mock Toney's mocking of Mitovic's signature goal celebration? Can the mockee become the mocker?
Top

I almost put money on United the other day. Just had a feeling. This is vintage Liverpool we're seeing so far but to be fair the injuries they're dealing with are significant and it's a long season so I'll keep an open mind.
https://deathiscertain.bandcamp.com/
Top

that chelsea game was fun. spurs were so bad but we never feared they'd lose because (for obvious reasons) chelsea have such a shaky backline. i don't think tüchel can fix them (though he can make them run such pretty paths), he'll probably have used himself up being up-beat and dignified during the changeover. (btw re macho gestures: the fun thing about him is he will speak like an annoying motivational ted talk one minute, completely flip the lid in the next, then be super smart and rather personal guy with a wicked sense of humor.)

it's great to get the points, as it seems clear that conte will not make players run pretty paths but that he can make them thrive on confidence. half of the team are still underperforming or inconsistent, kane will have his proper run etc. ... funny though that nobody seems afraid of the thought of conte, or they wouldn't start so lethargically, but he will reach them during his halftime pep (ha!) talk.

in european competitions, i vote that foreign teams whose players cannot enter the uk for racist reasons should be allowed to pick the same number of players of their choice to ban from the english team.
http://tonotfallasleep.blogspot.com
Top

hey that looks doable (for spurs, less so for rats)
http://tonotfallasleep.blogspot.com
Top

of course it's totally unfair donetsk were allowed to play in camouflage.

marco rose. yawn. i guess it will more or less work. it's about deferring becoming a mid-table team season by season now.

spurs' results are so much better than their game.
http://tonotfallasleep.blogspot.com
Top

I wonder how much Spurs flatter to deceive, as they say. A lot of comparisons to the Mourinho era, but I think the defense is much more solid and capable of absorbing pressure than they were under Jose, in order to create space on the counterattack. On the other hand, the gameplan against Spurs is pretty simple now: you overload the central midfield, pinch the wingbacks against the touchline, and cut off Kane as the supply line by aggressive man-marking. Spurs attack can work well against a team like Fulham, sputter completely against a team like Chelsea, and be unwatchable against a team like Marseille in which neither team creates any significant chances. City was going to be a significant litmus test, a team Spurs counterattacking seems to consistently work against. All these teams that play with two midfielders seem to have this similar issue. You have to have great wingbacks to make it work. The x-factor is Richarlison who gives them a significant aerial attack and the opportunity to play it long and bypass the midfield as they did when they had Llorente, and who will also press like crazy and create chances from giveaways. City is obviously going to run away with the league, but every other top 4 contender has significant issues and Spurs are no different, probably better off than most of the others.

Chelsea went from a half mad Russian oligarch to a full dingus "trust me, I've watched some soccer" American who appoints himself Director of Football Transfers. I dont see how Potter survives this meat grinder (with a team of players none of whom he selected) let alone gets them to play his style of football. I think its a terrible choice for his first step up
Top

who needs city as a litmus test when they have sporting. also leicester had better x-goals while being convincingly beaten? i think you're right spurs do look tougher ... at least after the break with a good chiding by conte still ringing in their ears. happy for son but can this continue when folks start standing on his feet again? well, if the league results continue anything is possible

i'm mad at rats not going for tüchel ... it would have been such a great fit not just theoretically but stylewise, nerdy outsiders all and such. so funny about bayern (and i must have posted my continued doubts about nagelsmann somewhere in earlier seasons) but nobody there to seriously take advantage this year (union won't do a leicester, i'm afraid). btw tüchel to bayern would end in total disaster, the rumours are predictable but i can't imagine they're seriously thinking about this.

potter to chelsea was pretty disgraceful and wish him all the worst. while e.g. nagelsmann had the excuse that probably bayern would never come calling again, potter surely could have finished taking brighton as far as possible and then taken an offer from a top team that's less of a hot seat.
http://tonotfallasleep.blogspot.com
Top
Post Reply
Jump to