The funniest thing I can find to report about this Swedish Comedy Classic is this line I came across in one of the IMDb user reviews: "I give this movie a perfect 10 like my ex wife who left me for an angry semen" (trying hard to imagine what an angry semen might be/look like...). I can see why it's more likely to appeal to Swedes - each nation has its own sense of humour, I suppose.. I mean, nobody would describe Les visiteurs or Carry On Up The Khyber as "universal". But.. whatever. Maybe Jerry Lewis fans will like it.
http://www.paristransatlantic.com
REISSUED! Eric La Casa / Jean-Luc Guionnet / Dan Warburton METRO PRE SAINT GERVAIS
https://swarming.bandcamp.com/album/met ... nt-gervais
Top

For once I was more impressed by Vincent Cassel than anyone else in this domestic family drama (errant son returns home after 12 years away, ostensibly to announce to his family that he's - surprise! - HIV+). Marion Cotillard plays wounded lamb very well, Nathalie Baye nearly outdoes Sabine Azéma (cf Zulawski's Cosmos) as potty mother, Léa Seydoux is good as the ditzy dopesmoking younger sister, and Gaspard Ulliel does a fine job as the tortured hero.. Less flashy than Dolan's earlier efforts, but I reckon he'll need a few years under his belt before he can really move into Pialat territory, which is where he seems to be heading.
http://www.paristransatlantic.com
REISSUED! Eric La Casa / Jean-Luc Guionnet / Dan Warburton METRO PRE SAINT GERVAIS
https://swarming.bandcamp.com/album/met ... nt-gervais
Top A film for adults, if ever there was one. Nick Nolte's performance as the fuckup local sheriff in snowbound New Hampshire - a failure as husband, father and sheriff - is outstanding, and his scenes with his abusive grouchy alcoholic father (James Coburn, awesome) are genuinely harrowing. Not so sure about Willem Dafoe's voiceover narration, though. If you're expecting a Fargo / A Simple Plan-style bloodbath showdown at the end, you'll be disappointed. But there's so much more to admire - not a happy film, but well worth checking out.
http://www.paristransatlantic.com
REISSUED! Eric La Casa / Jean-Luc Guionnet / Dan Warburton METRO PRE SAINT GERVAIS
https://swarming.bandcamp.com/album/met ... nt-gervais
Top

Classic vintage noir, complete with femme fatale, doomed hero voiceover, excellent music, heist gone wrong and bleak ending (passed by Code folks I suppose because the baddies didn't get away with it.. but neither did anyone else). This one would make it to my Top 20 Noirs list, if ever I was dumb enough to try and make one. Excellent.
http://www.paristransatlantic.com
REISSUED! Eric La Casa / Jean-Luc Guionnet / Dan Warburton METRO PRE SAINT GERVAIS
https://swarming.bandcamp.com/album/met ... nt-gervais
Top

surfer wrote:We saw this, and the two leads are good, but this is not a movie forging any new thematic paths. Very very similar to Juno, Boyhood, and countless other movies of its type.

I tend to avoid coming-of-age films categorically; they're not usually interesting to me.
Top

We saw this, and the two leads are good, but this is not a movie forging any new thematic paths. Very very similar to Juno, Boyhood, and countless other movies of its type. And the most disappointing aspect for me was how cliched the last third was, with the cool kids that she ended up falling in with turning out to be not so cool after all, and her bff who she spurned to hang with the cool kids turned out to be a true friend. And she gets in to her NYC school, and she learns to be herself and love her given name, her hometown of Sac, and her mother after all.

Totally agree. Good points, all. I actually got into a little tiff with someone on twitter who was whining because Gerwig (A WOMAN!!!) was passed over for best director by the Golden Globes. I mean, FFS.
"Freedom of thought and speech without available means of gaining information and methods of sound analysis, are empty. Protection and security are meaningless until there is something positive worth protecting." E.W. Hall
Top

Fassbinder's World on a Wire. I don't know how you all watch your Fassbinders, but for me the original post-dubbing can be a drag. Probably done because shooting gets cheaper that way, but also I'm sure as a Brechtian everything-at-a-remove move, it's especially blatant here (along with a deliciously random soundtrack, which has classical chestnuts or turkish easy listening doodling over the dialog indiscriminately). So you see people walking through mildly retrofuturistic places, and you hear actors leisurely lounging in the studio, as uncomfortably close to the mic as Lou Reed on Berlin. It does not really help here, as so much is focused on a single hero who [insert plot description here], so that a bit of identification wouldn't hurt. I had to think of e.g. the intensity of McGoohan which carries the Prisoner ... while Löwitsch is fine, sometimes he cannot fill the screen completely. Also this is lesser Fassbinder because we don't need him for this standard sci-fi set-up: is the world real or merely circuits in a computer (which he does not use for any reflection on anything really)? Still very enjoyable exactly for its artificiality and because it reminded me of watching experiences as a child when TV still represented the outside world.
http://tonotfallasleep.blogspot.com
Top

Lesser Fassbinder? I think not; it's a masterpiece.
Top

agree that it's lesser Fassbinder, I wasn't into it much at all.
Top 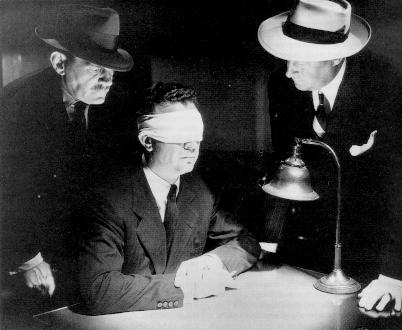 MURDER MY SWEET (1944) -- Great Phillip Marlowe portrayal by Dick Powell, whom I listened to on the radio with my mother as Richard Diamond, Private Detective. Suitably taut for a noir mystery, cool old-fashioned knock-out scene (see the doors above), solid women by Claire Trevor and Anne Shirley who evidently petitioned to be cast against type but lost their battle.
Top

jon abbey wrote:agree that it's lesser Fassbinder, I wasn't into it much at all.

I'm not getting into this hit parade thing this time, apart from (maybe) picking my own favourite dozen or so films of the year, as I usually do - I've only seen this once but I remember thinking it was excellent. I don't see how you can make such judgments on film unless you've seen it more than once, preferably more than twice or three times. The more films I see (and wish I could see again), the less intelligent Pauline Kael's "seen it once, 'at's enough cuz I'm smart" attitude seems.
http://www.paristransatlantic.com
REISSUED! Eric La Casa / Jean-Luc Guionnet / Dan Warburton METRO PRE SAINT GERVAIS
https://swarming.bandcamp.com/album/met ... nt-gervais
Top

hey actually i gave a couple of reasons why i think it's lesser fassbinder. that should maybe qualify me to hold a personal opinion? though it's not very valuable, i'd agree. we could weigh it so that the opinion of somebody who watched it twice is worth two of my opinions. if the time of the last viewing is one month ago, then the worth of an opinion decreases by 10 percent, every additional month you're another 10 percent less right. of course, non-germans and people not yet born when the film was made officially have no clue and must shut up forever.
http://tonotfallasleep.blogspot.com
Top

Wombatz wrote:of course, non-germans and people not yet born when the film was made officially have no clue and must shut up forever.

Looks like I'm disqualified according to the first of those criteria

If my French nationality is eventually approved, does that mean I can post my usual nonsense about French films? Meanwhile, I still love your writing on Hockney, even if you weren't born and bred in Bradford 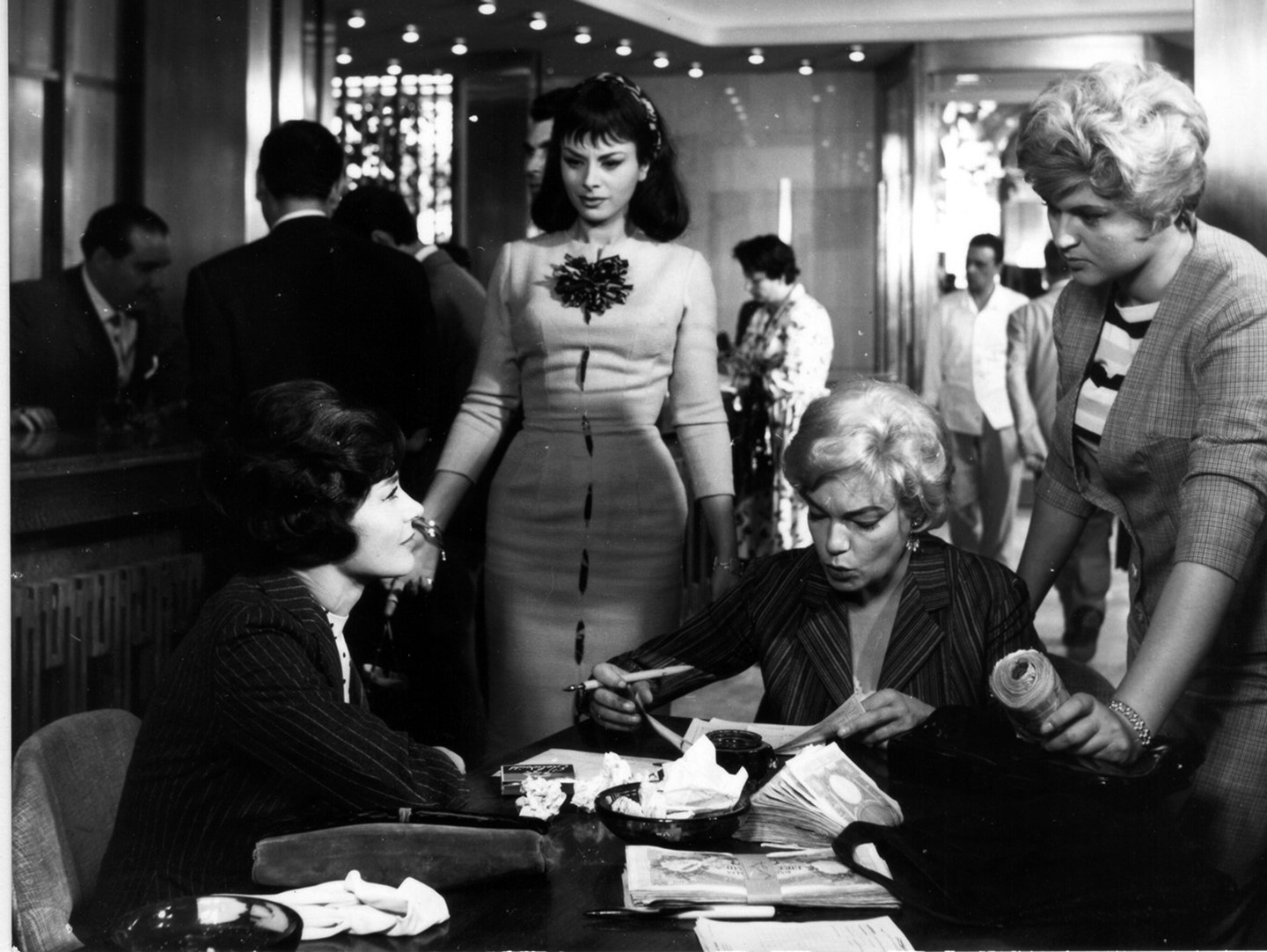 did you get the big book? which room did you sacrifice? anyway, you will note i voice no opinions and have no thoughts in this, so i'm sticking to my own rules ...
http://tonotfallasleep.blogspot.com
Top

not only is it lesser Fassbinder, it's significantly shittier the second time through
"to be precise in any art is to limit its possibilities." - Josef von Sternberg
Top

did you get the big book?

No, I just stood in the Beaubourg bookshop for nearly an hour after the Hockney expo and read as much of it as I could.
http://www.paristransatlantic.com
REISSUED! Eric La Casa / Jean-Luc Guionnet / Dan Warburton METRO PRE SAINT GERVAIS
https://swarming.bandcamp.com/album/met ... nt-gervais
Top

leroysghost wrote:not only is it lesser Fassbinder, it's significantly shittier the second time through 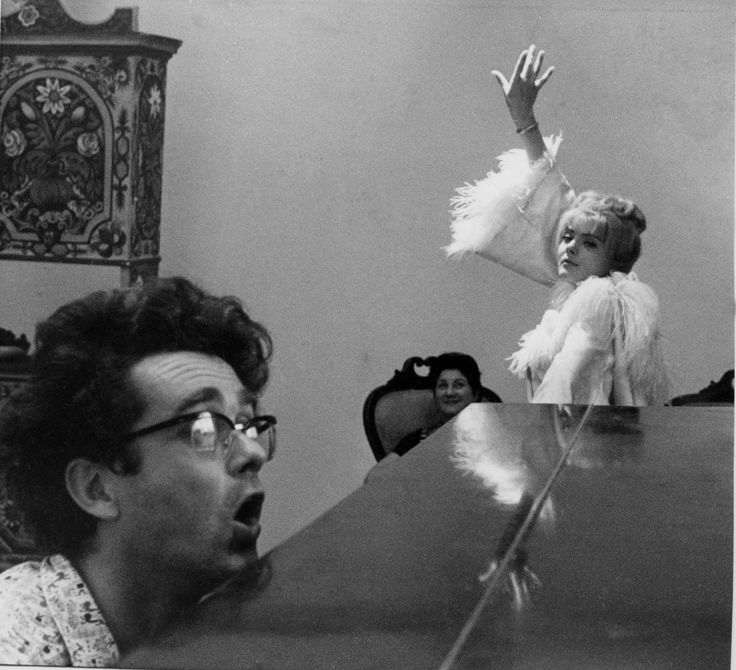