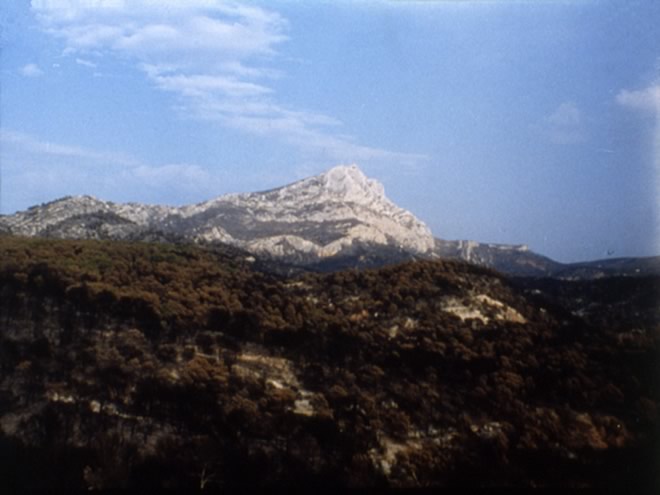 Fine article by Dominique Païni here (hope link still works) https://www.sensesofcinema.com/2006/cin ... n_cezanne/ which is well worth a read, despite a few odd glitches - it's Jean Renoir's 1933 Madame Bovary not Vincente Minnelli's 1949 that the Straubs "sample" - with its sapient remarks on montage from Pasolini, amongst others. Scroll down here https://www.tumgir.com/kirpcatnotes to see how Huillet annotated the text (see below) to be read with her customary maniacal precision (there's a brief Vimeo interview with Straub on the subject too, but good luck understanding him: he might have helped if he'd taken the Gitane maïs out of his mouth for once). Whether or not Cézanne actually said all these things - Gasquet's book came out 15 years after the painter's death - is beside the point. Magnificent. 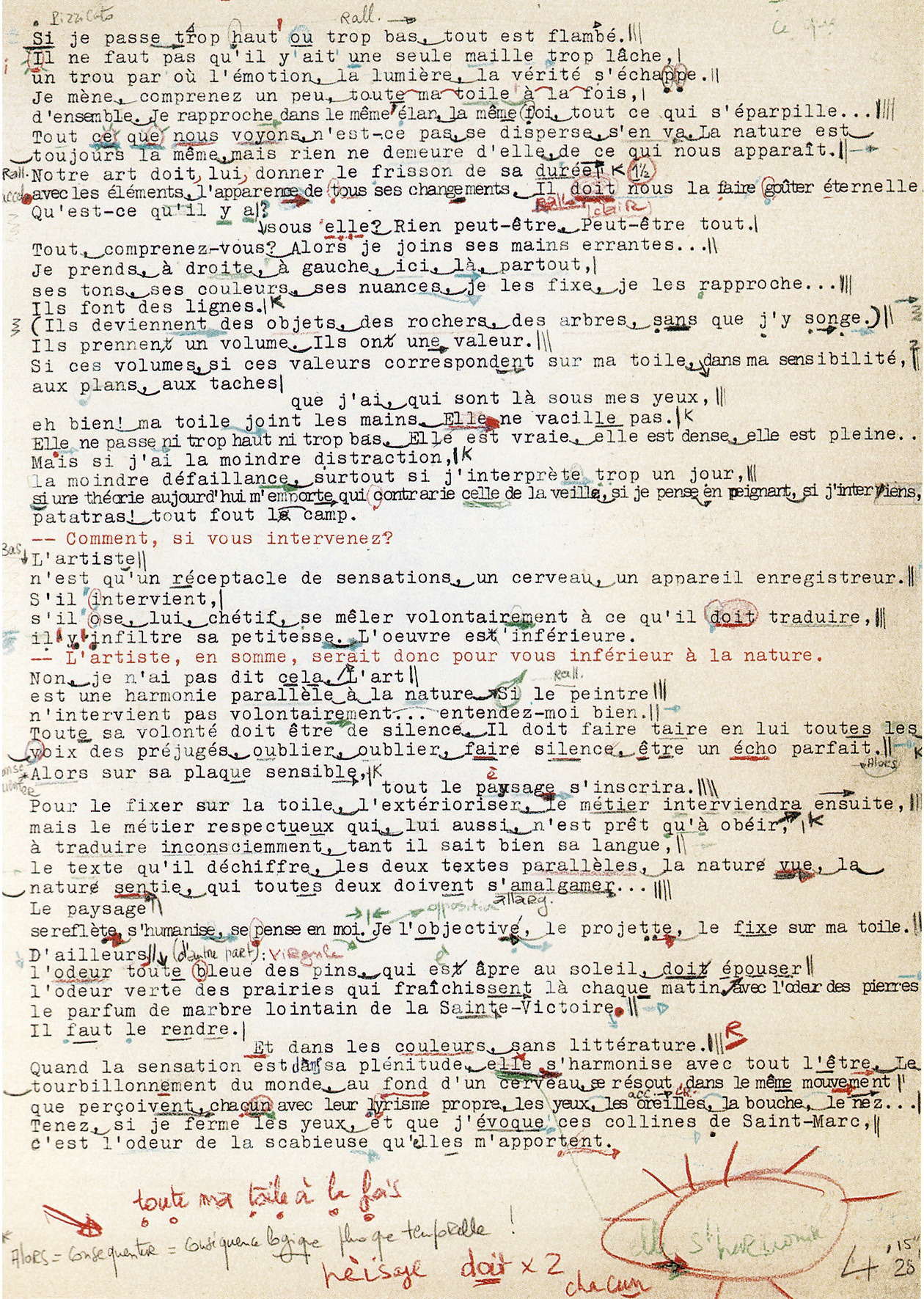 I will. Shame our man Walto doesn't post here anymore to rush to his defence

the film is slightly better than any bond movie and peck is wonderful as ever. (come on, you get a gorgeous movie star and a bresson-method model/actor rolled into one, what's not to love?)
http://tonotfallasleep.blogspot.com
Top

to acquaint our boys with the late jean-paul belmondo, we watched the man from rio (philippe de broca, 1964). they loved it. much of the humor relies on old-fashioned gender clichés but a lot of it is still funny (at least in the german dub, such dir doch eine Freundin, die schwimmen kann). and the whole thing looks so great! paris, rio (first time i had the feeling i kind of understood that city from a movie), especially brasilia as a huge construction site, lots of off-spaces and atmosphere. the showdown is less exciting than the buildup but that's par for course in adventure movies (my 15yo is now totally offended by what he deems predictable plot developments ... we recently watched escape from new york and he couldn't get with it at all while he loved they live (of course that's the correct ranking)).

my two belmondos in recent years i think were the thief of paris (great) and pierrot le fou (intolerable).

anyway, he was more of a presence in the life of a boy in late 70s backwoods germany than most actors, maybe the most glamorous contemporary figure? e.g. i remember that pharmacies had a free magazine they gave out to kids and one of them featured a home story on belmondo. iirc his mansion had a tower and he would do a full round free-climbing the outside of the battlements every morning before breakfast (which consisted of sex and orange juice).
http://tonotfallasleep.blogspot.com
Top

Sorry not to have been more active in the thread (huh, who noticed?) lately - we've been distracted by.. The Sopranos.

But, yeah, RIP Belmondo - funny how he was so popular in Germany.. I said somewhere else I thought he'd have made a good Bond - though the Brits would never have accepted that. Better than Roger Moore, anyway. (Not difficult..) Meanwhile -

While I've enjoyed Patrick Bouchitey's later outings - see reviews passim - he's distinctly annoying here as the pretty young hoodlum Jock - one wonders why Serge Reggiani wants to take him under his wing . Reggiani and Jean Bouise are stunt drivers who "top up" their salary by robbing banks. Until one day the heist goes wrong and.. yawn. Even a good cast (though Juliet Berto is definitely not the actress you want to play Bonnie to Bouchitey's Clyde) can't save a second-rate script with a second-rate sub-Morricone (Roubaix) soundtrack. Not Enrico's best work, you can probably live without it.
http://www.paristransatlantic.com
REISSUED! Eric La Casa / Jean-Luc Guionnet / Dan Warburton METRO PRE SAINT GERVAIS
https://swarming.bandcamp.com/album/met ... nt-gervais
Top 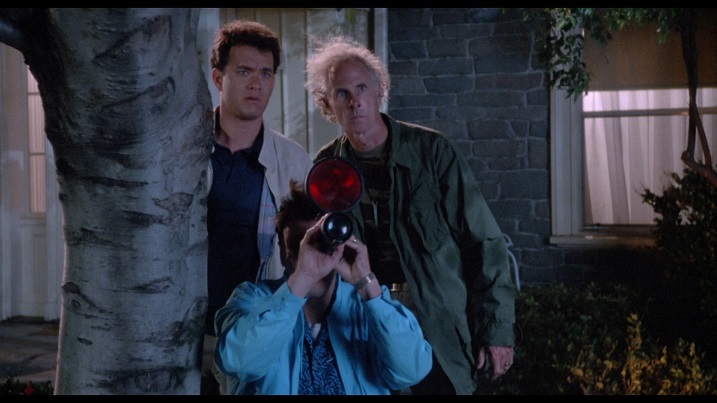 "Ozzie and Harriet meet Charles Manson" was how scriptwriter Dana Olsen described it, and the oddball mix of comedy and horror, the normal and the supernatural, obviously appealed to director Joe Dante, who shot it all on the backlot (fun details here for film buffs: https://en.wikipedia.org/wiki/The_%27Burbs) and made a tidy profit, the movie grossing nearly $50m worldwide. It is, as Roger says,"somewhere between Beetlejuice and The Twilight Zone, but it lacks the dementia of the first and the wicked intelligence of the second and turns instead into a long shaggy dog story" but it's well made and fun to watch (though Hanks' histrionics tend to rub me up the wrong way quite easily).
http://www.paristransatlantic.com
REISSUED! Eric La Casa / Jean-Luc Guionnet / Dan Warburton METRO PRE SAINT GERVAIS
https://swarming.bandcamp.com/album/met ... nt-gervais
Top 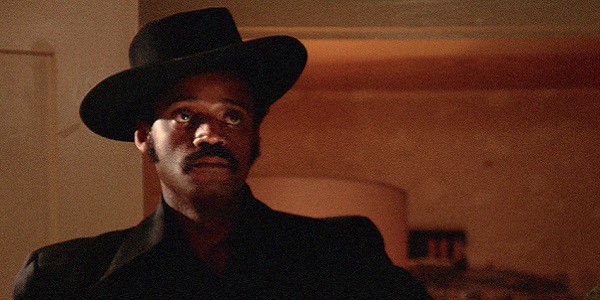 You can't but admire its crazy jumpcuts, wild editing (both of image and music, played by a then-unknown Earth Wind and Fire) and, shall we say, not-altogether-linear plot, and its subsequent influence on African-American cinema and culture in general is undeniable, but it's aged about as well as the Black Panther Party, for whom it was required viewing when it came out. It doesn't matter that MVP can't act at all, because he doesn't give himself much to say, but the supporting cast is equally dodgy. Still, file alongside Flaming Creatures, Chelsea Girls and Star Spangled to Death as things you might want to say you've seen at least once, just for the record. But once is probably enough.
http://www.paristransatlantic.com
REISSUED! Eric La Casa / Jean-Luc Guionnet / Dan Warburton METRO PRE SAINT GERVAIS
https://swarming.bandcamp.com/album/met ... nt-gervais
Top

Intrigued to read that the first screenplay was written by Michelangelo Antonioni - one wonders how it might have turned out had he directed it - as it is unmistakably Fellini through and through, which is not bad for his first solo outing as a director (1950's Variety Lights was co-directed by Alberto Lattuada). Many of what would later become the director's trademark obsessions are already there: the film within the film, an almost Proustian fascination with celebrity, and Fellini regulars Giulietta Masina (whose Cabiria would return five years later) and Nino Rota are delightful as ever. Hell, I can even take Alberto Sordi this time, too. Nice.
http://www.paristransatlantic.com
REISSUED! Eric La Casa / Jean-Luc Guionnet / Dan Warburton METRO PRE SAINT GERVAIS
https://swarming.bandcamp.com/album/met ... nt-gervais
Top
Post Reply
Jump to