self promotion, but this might appeal to a few people on here...
http://www.loopcollective.org/records/M ... ving-Bells
Top 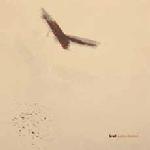 I feel you may be in the wrong internet.
Top

Some excellent covers from F IN MATH's Michael Logie, former bass in Mint Chicks, at the sound cloud too:
Lucy In The Sky With Diamonds
Benny And The Jets
"Metaphors are effective nine times out of ten and quotations seven times out of ten, but impromptu words come forth every day" - Chuang Tzu

New here. Thanks for having me. I don't have a bandcamp account but I do have a soundcloud.

i generally have very little interest in promoting myself in the traditional sense, and i hate talking about music when i could be listening, but there is one album in particular that i really feel is my best improvised work (and most representative of pure taomud). also, with so many reviews of cittakarnera and every other release in recent years, it seems kind of weird and backwards that this one hasn't garnered a single peep. i try lots of different things, and cittakarnera was intended to be fun and ridiculous and dense, and shear wave was meant to hurt, but this record is purely non-objective and non-representational, and in a sense is the only truly avant-garde album in my recent discography (we considered calling the album "surprise" to reflect the utterly foreign aesthetic that was explored). also, it doesn't help that travis went a little nuts and released so many damn records over the past year (i love you travis, and btw it's "Kirby" not "KIrby"). furthermore, since it was in print for only a short time, and due to the fact that i've toured so frequently down south, i fear that floridians bought up every copy and probably have this album filed on a shelf full of merzbow. i don't mean to harp on it, but i specificaly think that ihm'ers would like this record, and since travis isn't promoting it and neither is anyone else, i figured i'd give it one last shot before giving up and moving on. i won't bring it up again, i promise.

i should also note that the first disc is a solo improvisation without bradley bailey, so maybe that will tempt a few of you who otherwise wouldn't have been interested. oh, and i suppose if you google bradley it seems like he's a folk musician. well, he's a lot of things, but he's also the strangest and most outrageous human being in the south. this recording happened purely by accident. i was on LSD, playing for hours, and bradley showed up unexpectedly and quietly snuck into the room. i handed him a few hits and a microphone plugged into one of my 4 tracks, and while bradley doesn't make any sounds directly, his trip provided source material for my tape manipulation. that wasn't in the press release, but it's absolutely relevant. oh, and i'm credited with 'miscellany' and unless that is code for tripping my fucking face off, then i have no idea what instrument that is. i used my standard setup: 2 4-tracks, 2 tape recorders, with the addition of a dynamic mic for bradley.

lastly, it's free.. it's annoying that you can't stream it, but travis is firm on this. his reasons make sense though, because the streaming quality on bandcamp is less than desirable. so just put $0 and you get the download links. done.

David, if you have more stories that like to pass out, I would very greatly appreciate more self promoting!

I cannot wait to get into this music this week.
Top 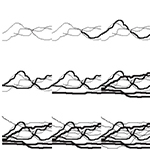