This will get my vote for the most sumptuous black-and-white movie ever made - freeze frame on just about any image at random and you'd have enough to teach a class for an hour - and, from what I can glean, not having read the book on which it's based, one of the best Dostoevsky adaptations to boot. But it's an odd cookie: why, I wonder, did Visconti feel the need to compete with Ophüls? And how come, in the context of what's very much a nineteenth-century tale of unrequited love, do we find ourselves in a world of neon signs with Bill Haley and the Comets on the jukebox (the dance scene, btw, is terrific)? I imagine Fassbinder loved it.
http://www.paristransatlantic.com
REISSUED! Eric La Casa / Jean-Luc Guionnet / Dan Warburton METRO PRE SAINT GERVAIS
https://swarming.bandcamp.com/album/met ... nt-gervais
Top

Dan Warburton wrote:How's the rip quality? Looks interesting - thanks for the tip

Rip is pretty decent actually, which you might not expect from the file size (< 700 MB). (By the way, please excuse the indefinite article typo in my little write-up—a casualty of word reordering.)

Speaking of tips, wanted to rec Bartas' Seven Invisible Men to you, in case you haven't seen it. Even as a Bartas devotee, I'd missed that one until recently, and it's phenomenal. I know you were somewhat underwhelmed by Freedom, although I believe you attributed a portion of that to the rip quality, which I completely understand; an unfortunate circumstance when images of such beauty and power have their impact diminished by technical conditions. But—again, if you've yet to see—I think you'll be more impressed with SIM overall, and it certainly doesn't hurt that the picture fidelity is much improved, although curiously the smaller rip on KG has audio in only one channel (there's a substantially larger version that I'm guessing rectifies this).
Last edited by dialectics of shit on Sun Oct 29, 2017 12:41 pm, edited 1 time in total.
Top

Just returned to this after wading through Greg Hainge's recent book on Grandrieux - and I still have to see the last two films - but this time it really delivered. I suspect that when people have long forgotten about the likes of Gaspar Noë (who started well, but has done nothing of note since Irréversible imo) they'll be returning to this. Great work. Several friends have been underwhelmed by the latest one, but I'm curious - must get round to that soon

A masterpiece (such a classic screencap), and La vie nouvelle and Un lac are almost as good. I also really like his film about Adachi, which is Grandrieuxesque enough that it's probably more accurate to call it an essay film than a documentary. If you ask me, Grandrieux runs circles around Noe; I see the difference about as plainly as high art vs. sensationalist provocation. While Grandrieux is often lumped in with New French Extremity, he has a touch for subtlety and nuance that belies that movement. If I were to provide someone unexposed to Grandrieux's aesthetic with a stylistic shorthand, I think I could do worse than "Lynch (particularly La vie nouvelle) meets Denis.¹" 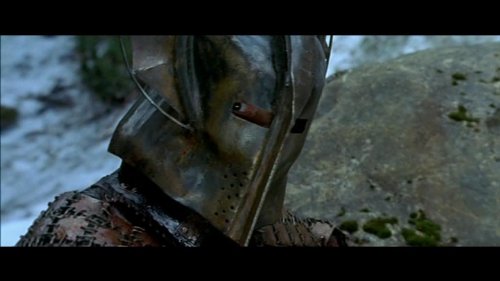 pondering the predictability of my tastes, i remembered that we recently saw this, Rencontre avec le dragon (The Red Knight) by Hélène Angel from 2003, and against all expectations i really liked it. at the start i had to think of bresson's lancelot, the finale is pretty fellinesque, and in between it gets a bit harrypotterish, but really strikes a splendid balance. guess who the actor is.
http://tonotfallasleep.blogspot.com
Top

dialectics of shit wrote:I also really like his film about Adachi, which is Grandrieuxesque enough that it's probably more accurate to call it an essay film than a documentary. If you ask me, Grandrieux runs circles around Noe; I see the difference about as plainly as high art vs. sensationalist provocation. While Grandrieux is often lumped in with New French Extremity, he has a touch for subtlety and nuance that belies that movement. If I were to provide someone unexposed to Grandrieux's aesthetic with a stylistic shorthand, I think I could do worse than "Lynch (particularly La vie nouvelle) meets Denis.¹"

You might like the book I read, then. A bit heavy on the Heidegger and Merleau-Ponty, but some good insights. Yes, I thought the Adachi film was very interesting - but have only seen a couple of Adachi's films myself (disturbing stuff) so far. The Lynch comparison is very apt, I think - his use of sound is really impressive. Must watch the recent stuff.
http://www.paristransatlantic.com
REISSUED! Eric La Casa / Jean-Luc Guionnet / Dan Warburton METRO PRE SAINT GERVAIS
https://swarming.bandcamp.com/album/met ... nt-gervais
Top

Caught but one flick at an international film fest that just ended in the town where I live (which is too bad, partly because I missed the new Coltrane doc).

The one I did see was Kosher Love (Beloff, 2017) a Canadian doc about a Hasidic rabbi/matchmaker. I enjoyed the profiles of an Orthodox rapper looking for love in the wrong places and the romantically/sexually dissatisfied wife and mother who's really too smart to be so religious. The rabbi is, naturally, a know-it-all, and most of what he says makes no sense if you think about it for a couple minutes. But you can tell he means well.
"Freedom of thought and speech without available means of gaining information and methods of sound analysis, are empty. Protection and security are meaningless until there is something positive worth protecting." E.W. Hall
Top

here he's again (in a film i couldn't stand): 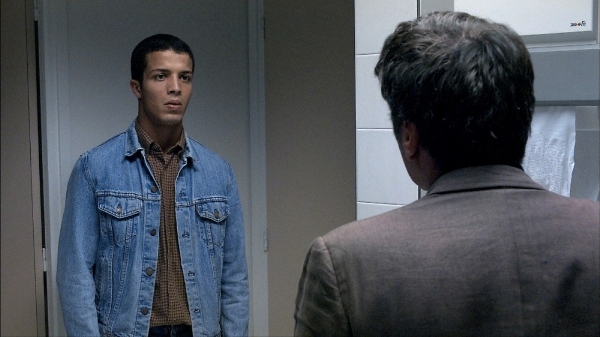 Is that Cache? At first I thought it was that McCarthy movie The Visitor
Top

indeed it is. and once you know who the actor is, the eye suddenly looks identifiable, i thought.
http://tonotfallasleep.blogspot.com
Top

"What I like most about you is your girlfriend, it's true" On our travels (homeward bound today) we saw some great snippets of films in Erik Satie's home/ museum in Honfleur:

Saw two pretty good films released this year on the flight from Heathrow to SFO.

THE ZOOKEEPER'S WIFE (2017) -- Based on the true story of the owners of the Warsaw zoo and their success in smuggling out over 300 jews in the months before the burning of the ghetto, disguising their ruined zoo as a pig farm. Sometimes moving, slightly heartwarming, never fully packed the punch it promised but an enjoyable couple of hours. Great animals. Bravura performance by Jessica Chastain somewhat wasted here. THE WIZARD OF LIES (2017) -- DeNiro and Pfieffer do Bernie and Ruth Madoff. They look more like the originals than Dryfuss and Danner in last year's TV mini-series, MADOFF. But I thought the storytelling of the earlier version carried the film better than the emotional fireworks of this film. This film had a different focus, though, more on the endgame and the aftermath, tragic and more tragic, than the rise and fall. It did allow me to understand some of how they faked it for so long -- they back-dated their (non-existent) trades, so they knew which to buy and which to short. And these were the records of trades they provided to the SEC, trades they never made but which supported their claims to generate non-stop double-digit profits.

A key moment in both films -- the SEC, in a review of him, asked for his trading number. Bernie had never made a trade, never had a number. He made one up, and served it up to the guy with so much sauce on it that they never checked the number. It would have busted him on the spot.
Top 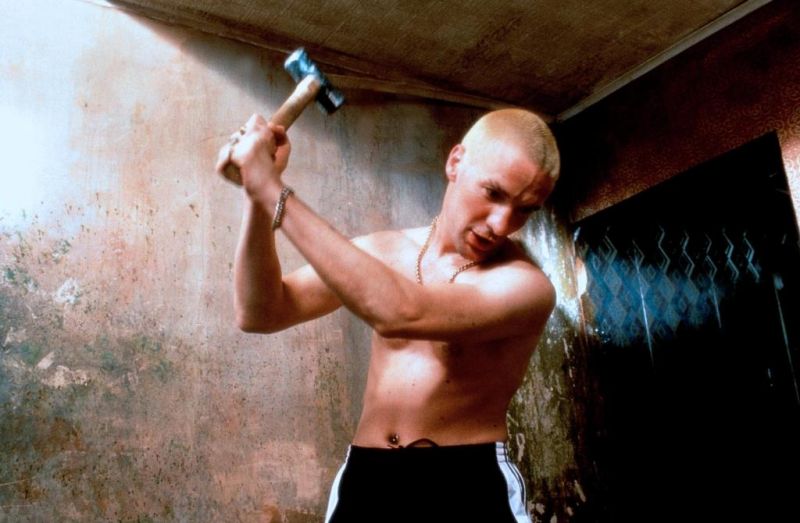 A trilogy of typically drug-addled, beery and vicious Irvine Welsh stories (and I could have done without the last one, where the baby doll of Trainspotting returns - disappointing special effects, but it's a dumb story anyway) - but be warned: I'm no Glaswegian, but even as a native English speaker I reckon I only understood about 70% of the dialogue. Away an bile yer heid!
http://www.paristransatlantic.com
REISSUED! Eric La Casa / Jean-Luc Guionnet / Dan Warburton METRO PRE SAINT GERVAIS
https://swarming.bandcamp.com/album/met ... nt-gervais
Top

Hooray, a Blu-Ray release for one of my favourite noirs, here under its alternative title of Try and Get Me! Very good review here http://www.noiroftheweek.com/2009/08/tr ... -1950.html , to which I have nothing to add, except: check this movie out
http://www.paristransatlantic.com
REISSUED! Eric La Casa / Jean-Luc Guionnet / Dan Warburton METRO PRE SAINT GERVAIS
https://swarming.bandcamp.com/album/met ... nt-gervais
Top 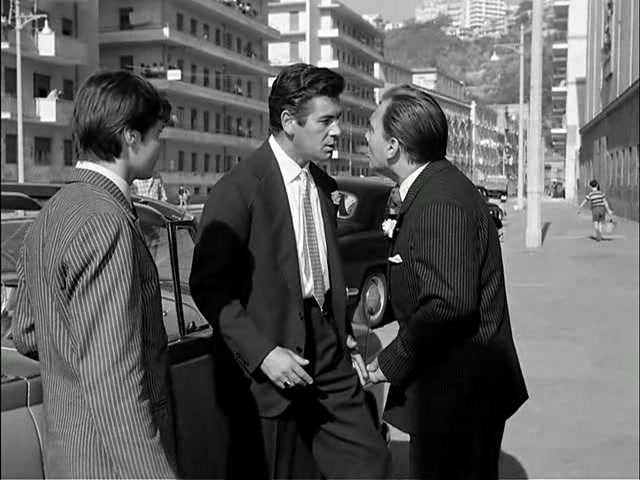 Damn, if Marty Scorsese hasn't got a copy of this film on his bedside table, I'll eat my hat. Or go back to some of the seedy Naples backstreets where the movie was shot and hand out packets of contraband American cigarettes to all and sundry. Mean Streets and Goodfellas start right here, at the intersection between Italian neorealism and the polziottecchi crime action flick, beautifully shot on location with a fine cast (interesting that it was a Spaniard, José Suarez, who got to play the small-time gangster who tries to take on the local camorra, with predictably catastrophic results.. he should have stayed in the church with his gorgeous bride, Rosanna Schiaffino). Order a real Neapolitan pizza and a bottle of Radici Taurasi and treat yourself to a great little mafia movie.
http://www.paristransatlantic.com
REISSUED! Eric La Casa / Jean-Luc Guionnet / Dan Warburton METRO PRE SAINT GERVAIS
https://swarming.bandcamp.com/album/met ... nt-gervais
Top 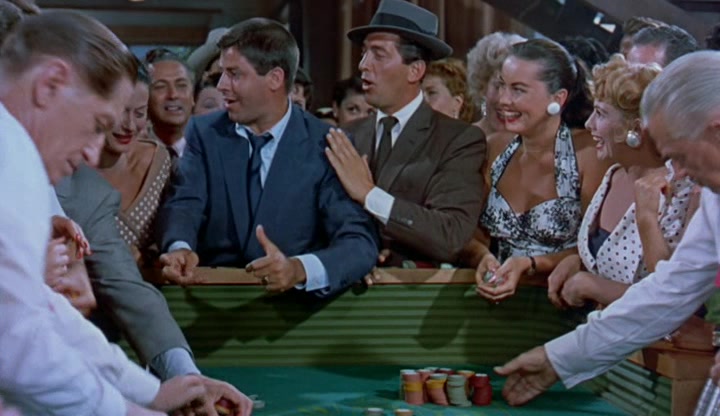 It's always been a mystery to me why the French find Jerry Lewis funny, but I have to admit I found myself giggling at some of the stoopid antics he gets up in this comedy road movie. His dog's funnier though, and the only bust worth raving about is Anita Ekberg's

One wag over at IMDb wrote that you could take just about any scene out of this film and not detract from the plot - because there isn't one. It's true, in a way, too: after about an hour you wonder where the story is heading, until Ellen Burstyn starts losing it altogether and burning her clothes and burying her false eyelashes on the beach. Bruce Dern's cocky Atlantic City "entrepreneur" and his withdrawn, depressive brother (Jack Nicholson, not a typical role for Jack, but he aces it) couldn't be more different as characters - but the chemistry between the two actors is strong enough to override some uneven scenes. I don't always agree with Roger, but I reckon he's got it right this time https://www.rogerebert.com/reviews/the- ... rdens-1972
http://www.paristransatlantic.com
REISSUED! Eric La Casa / Jean-Luc Guionnet / Dan Warburton METRO PRE SAINT GERVAIS
https://swarming.bandcamp.com/album/met ... nt-gervais
Top 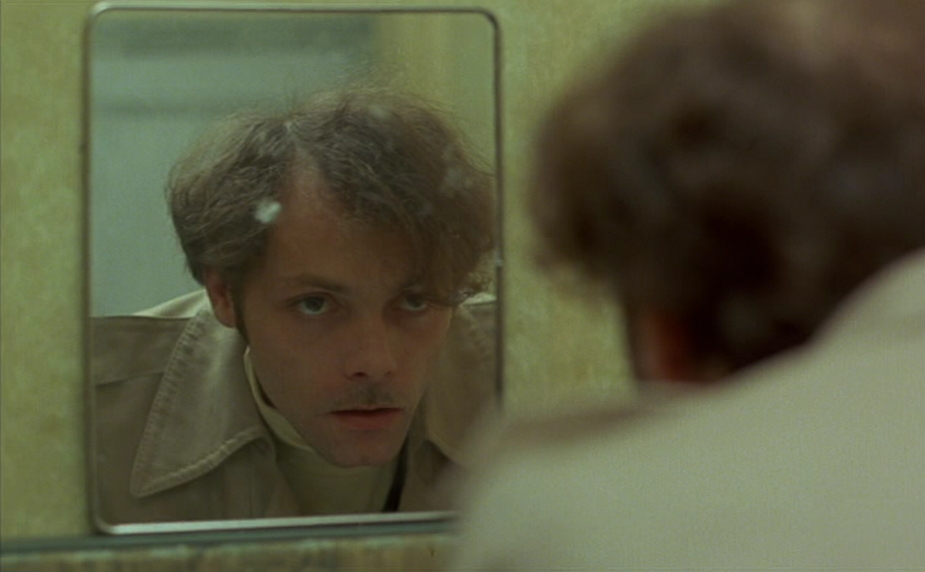 Return visit to this stellar adaptation of another bleak Jim Thompson novel, with Patrick Dewaere in arguably a career-best performance as the psychotic travelling salesman in the dreary Parisian suburbs, and Marie Trintignant as the fille fatale he falls for. Excellent use of diegetic sound - the subtitles are right to include the lyrics of the pop trash songs frequently playing in the background, which work beautifully with a fine script by none other than Georges Perec. Class acts all round - but not a happy experience.
http://www.paristransatlantic.com
REISSUED! Eric La Casa / Jean-Luc Guionnet / Dan Warburton METRO PRE SAINT GERVAIS
https://swarming.bandcamp.com/album/met ... nt-gervais
Top
Post Reply
Jump to