Has anyone else seen this? I enjoyed it immensely.
Top

It's on Hulu and mr Andrei tarkovsky has a cameo in it. It was banned in Russia for four years and even then it was edited down dramatically. I've never seen anything like this film, it's too too good!
Top I think the lowercase is intentional, which is a rather neat Wandelweiser-ish connection – I like to think Benning is doing in film what musicians have been doing with field recordings for a while. And I was not entirely surprised (though a tad disappointed) that he trafficked some of the 47 roads here, changing the sky here and there, or whatever. No worries, we've been mucking around with field recordings for ages. What's fascinating about Benning – the few I've seen so far, but I'm stockpiling – is that there's so much to see.. reminds me of that old line about La Monte Young, “there's so much to hear” (was that Howard Skempton?). How did he choose his sites? Was there a system behind it – i.e. shooting at pre-determined times of the day? How long for? Did he deliberately edit according to whether a car or truck would pass by the camera? How come some sequences last longer than others? How were the 47 sequences ordered? And quite apart from that, how wonderful it is follow one's eye along these roads – usually it's led to the vanishing point, but sometimes the landscape extends beyond the road which disappears from view. In any case, it's a fascinating experience, the authentic road movie 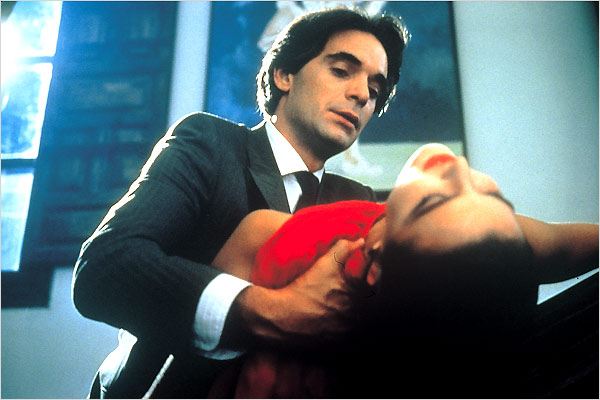 Pedro admits this is one of his least favourite films, and I should have read that before I decided to watch it. Almodóvar is at his best when he doesn't take himself seriously, which is unfortunately what happens here, with the gored bullfighter orgasm=death theme worked so hard the screen fogs up. As for Antonio Banderas suddenly becoming telepathic just in time for the eclipse.. gaah, wtf
http://www.paristransatlantic.com
REISSUED! Eric La Casa / Jean-Luc Guionnet / Dan Warburton METRO PRE SAINT GERVAIS
https://swarming.bandcamp.com/album/met ... nt-gervais
Top

heh, I remember absolutely loving that one in the theater, but that was probably 25 years ago and I haven't reseen it since.
Top

jon abbey wrote:heh, I remember absolutely loving that one in the theater, but that was probably 25 years ago and I haven't reseen it since.

I reckon these days you'd have more of a thrill with the James Benning, Jon! BTW, are you familiar with his stuff? I think it'd be right up your street, somehow
http://www.paristransatlantic.com
REISSUED! Eric La Casa / Jean-Luc Guionnet / Dan Warburton METRO PRE SAINT GERVAIS
https://swarming.bandcamp.com/album/met ... nt-gervais
Top Jacques Brel's film appearances are quite well-known – particularly L'Emmerdeur – but I wonder how many punters out there know this fine understated performance by the other giant of French chanson, Georges Brassens. It's an odd film, coming at the end of a long distinguished career on the part of its director, a touching tale of a good-for-nothing local barfly (Pierre Brasseur, and it took me a couple of minutes to recognise him) who ends up sheltering a wanted hood in the cellar of his chansonnier friend – Brassens. Beautifully filmed – Truffaut and his boyz poured scorn on the old school of French directors who preferred studio soundstages to location shoots, so I suppose he wouldn't have enjoyed this – with a fine score as well as the inimitable originals of Brassens. If you've been hoovering up the KGFTs by Autant-Lara, Becker, Carné and Duvivier, you might like to spare a bit of your ratio for this.
http://www.paristransatlantic.com
REISSUED! Eric La Casa / Jean-Luc Guionnet / Dan Warburton METRO PRE SAINT GERVAIS
https://swarming.bandcamp.com/album/met ... nt-gervais
Top

Terrific – and happy to report it's sent me back to read the book, which I started back my school daze when I learnt that my then hero Michael Nyman was working on an opera based on Sterne's sprawling novel. As it turned out, I never got further than 50-odd pages in, Nyman never finished his opera and he's definitely no hero of mine any more. But the book is awesome – if I'd been into Pynchon when I last tried to read it, I'd have got much further – and Winterbottom's film, which is, like the novel itself, the tale of a tale within a tale, the making of a film of the book starring Steve Coogan and Rob Brydon, is a smart and thoroughly entertaining piece of work. There is a Nyman connection too, in fact – some of the music of The Draughtsman's Contract gets pillaged, along with soundtracks originally for Bergman, Fellini and Kubrick (Barry Lyndon, of course). And, in a further self-referential nod to his own 24 Hour Party People, none other than Tony Wilson shows up to interview Coogan. Hilarious. Watch out for cameos from Gillian Anderson and Kelly McDonald too. Great stuff.
http://www.paristransatlantic.com
REISSUED! Eric La Casa / Jean-Luc Guionnet / Dan Warburton METRO PRE SAINT GERVAIS
https://swarming.bandcamp.com/album/met ... nt-gervais
Top

Rauni Mollberg, The Earth is a Sinful Song, 1973

My erstwhile partner-in-Wire Matt Wuethrich hipped me to this, for which many thanks. But, whew, it certainly pulls no punches, gleefully juxtaposing reindeer slaughter with sex involving the decidedly unsexy (if not downright ugly) inhabitants of post-War Lapland. That includes the local preacher. Yep, those Finns certainly let it all hang out, and not only in the sauna. Fine film, but I rather doubt I'll be returning to it in a hurry
http://www.paristransatlantic.com
REISSUED! Eric La Casa / Jean-Luc Guionnet / Dan Warburton METRO PRE SAINT GERVAIS
https://swarming.bandcamp.com/album/met ... nt-gervais
Top

jon abbey wrote:heh, I remember absolutely loving that one in the theater, but that was probably 25 years ago and I haven't reseen it since.

I reckon these days you'd have more of a thrill with the James Benning, Jon! BTW, are you familiar with his stuff? I think it'd be right up your street, somehow

no, will have to investigate sometime, thanks!!
Top I was a little wary about this – Turner Prize-winning video artist goes mainstream? recipe for disaster, I thought – but was agreeably surprised. Fassbender's portrayal of the sex-obsessed New York yuppie (is that word still in general use? I don't hear it much anymore) is understated and subtle compared to the horrors of Hanks, Willis and Bale in similar ill-fated explorations of the subject matter. Stylish camerawork, framing and colour, pale and shallow like the life most of these dreadful characters sleepwalk through.
http://www.paristransatlantic.com
REISSUED! Eric La Casa / Jean-Luc Guionnet / Dan Warburton METRO PRE SAINT GERVAIS
https://swarming.bandcamp.com/album/met ... nt-gervais
Top Well, it's always fun watching Madsen go bananas in a torture scene, and those Nevada landscapes are gorgeous – shame I couldn't find it on HD though – but I've never been able to take Val Kilmer very seriously, and there are so many twists and turns in the plot you end up more exhausted than exhilarated. Not bad, will try another Dahl before too long.
http://www.paristransatlantic.com
REISSUED! Eric La Casa / Jean-Luc Guionnet / Dan Warburton METRO PRE SAINT GERVAIS
https://swarming.bandcamp.com/album/met ... nt-gervais
Top Ha, I hadn't spotted that animal mounted on the wall.. neither had Kirk, who's too busy watching Lee Van Cleef's left boot. Classic western (I suppose), nice chemistry between Douglas and Lancaster – dig those exquistely pressed shirts.. this dude must be the best dressed guy in movies after Cary Grant – but you can sense that Hollywood couldn't go one churning out pics like this much longer, and that the genre needed a touch of spaghetti and some Bloody Sam to push it past the 60s. Still, good clean fun for all the family, as they used to say
http://www.paristransatlantic.com
REISSUED! Eric La Casa / Jean-Luc Guionnet / Dan Warburton METRO PRE SAINT GERVAIS
https://swarming.bandcamp.com/album/met ... nt-gervais
Top Boyhood (Linklater, 2014) - I was expecting a more documentary feel, if not approach, to this 2:45 movie. Its certainly heavily scripted, and not all that much of a departure from many of Linklater's other works. Similar themes abound: rebellion against authoritative adults (Dazed and Confused), long indulgent quasi-philosophical monologues (Before Sunrise), intrusive soundtrack music (all his movies), and a vague sense of nostalgia for the present. Its a good film, but certainly nowhere near the life-changing experience every critic seems to be describing it as. Hawke and Arquette are fine, the former better than the latter. I would say Arquette doesnt bring anything new to the frazzled, well-meaning single mom role Ellen Burstyn defined in Alice Doesnt Live Here Anymore. Hawke injects a needed awkward uncoolness to his absent dad role. Its a self-conscious discomfort in both of his roles (as father, and aging musician) that his character grows to embrace via the heavy symbolism of the minivan later in the movie. The lead character Mason played by "non-actor" Ellar Cotrane is fine, though the much touted 12 year gestation period for the film isnt that impressive on screen. If you hadnt told me it was the same person, I wouldnt have known or cared quite frankly, since its not a documentary, its kind of a gimmick. The biggest missteps the movie makes imo is 1) making both stepdads anger-filled, controlling alcoholics (one physically abusive, one not), such that during the middle section the movie degenerates into a pathos generating machine. and 2) making all the other adults is Mason's life, other than Hawke and Arquette, authoritative fascists. Other than that, pacing was good, cinematography was solid. Recommended, but not highly. Of all his movies that Ive seen, its his best and it certainly distills many of his previous concerns in a skillfull package.

Agree wholeheartedly with all of the above, but even so I suspect I didn't enjoy it quite as much as you seemed to. It's terribly prolix - I'm trying to recall a single stretch of more than 30 seconds without someone yabbering away, and most of what's said is pretty banal. It's not because it's so echt American - though I have to say s'mores, baseball and high school proms mean nothing to me - it's just.. well, "I just thought there would be more," as mom says when Mason finally moves out. Yeah, me too.
http://www.paristransatlantic.com
REISSUED! Eric La Casa / Jean-Luc Guionnet / Dan Warburton METRO PRE SAINT GERVAIS
https://swarming.bandcamp.com/album/met ... nt-gervais
Top

Well, it's always fun watching Madsen go bananas in a torture scene, and those Nevada landscapes are gorgeous – shame I couldn't find it on HD though – but I've never been able to take Val Kilmer very seriously, and there are so many twists and turns in the plot you end up more exhausted than exhilarated. Not bad, will try another Dahl before too long.

Linda Fiorentino is fantastic in that film (The Last Seduction), so so sexy.
Top 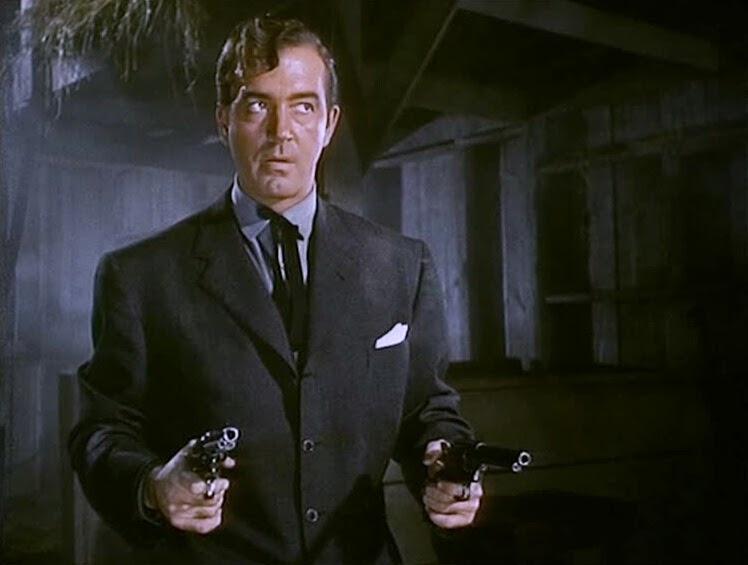 Good solid western, a bit dialogue-heavy in the early stages, but with the action picking up nicely as it develops. Hipped to this by Mr Scorsese, who raved about one tracking shot in particular in A Personal Journey. In any case, any film that ends at the top of a bell tower is all right by me.
http://www.paristransatlantic.com
REISSUED! Eric La Casa / Jean-Luc Guionnet / Dan Warburton METRO PRE SAINT GERVAIS
https://swarming.bandcamp.com/album/met ... nt-gervais
Top 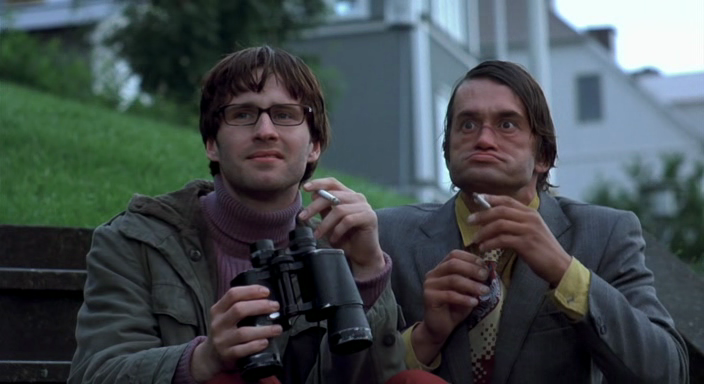 No sheep's heads in this one, but plenty of serious drinking and smoking going on (director Kormákur apparently co-owns the boozer where most of it was filmed with buddy Damon Albarn, which also explains why he's provided the soundtrack). Subject matter and style very Almodovarian (Almodovaresque?) in feel, and it stars Victoria Abril. No, that's not her in the picture above.
http://www.paristransatlantic.com
REISSUED! Eric La Casa / Jean-Luc Guionnet / Dan Warburton METRO PRE SAINT GERVAIS
https://swarming.bandcamp.com/album/met ... nt-gervais
Top

The film's about as silly as the image above, but the idea of a tacky girl band causing a wave of mass suicides is rather appealing. I know if I had to listen to that bloody song as often as some of the characters do here, I'd be tempted to jump in front of a train too.
http://www.paristransatlantic.com
REISSUED! Eric La Casa / Jean-Luc Guionnet / Dan Warburton METRO PRE SAINT GERVAIS
https://swarming.bandcamp.com/album/met ... nt-gervais
Top
Post Reply
Jump to