also of course Woo started before Tarantino, and I'm sure films like The Killer (1989) were big influences on QT. Hard Boiled is his best, though (that I've seen anyway).
Top I can't believe I hadn't seen this before. Awesome, I loved it. Apparently there is a remake with Jude Law in it? 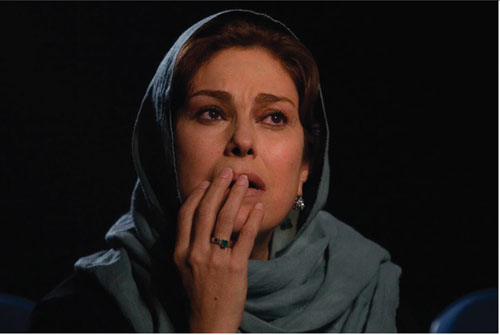 Ok, WTF did I just sit through...an hour and a half of an audience of women watching some movie in the theater. Cool, I get to see their different subtle facial expressions and reactions to the movie on screen that you never get to see. Wow, brilliant, fantastic, HIGH ART for sure. I'm actually mad after seeing this film lol.

And now finishing up watching "Mr. Turner" by Mike Leigh. This one is pretty great so far. Will report later for sure

I love Repo Man. Bill Weld made quite a splash during his campaign for the Governorship of Mass. in 1990 (which he won), when he said that Repo Man was his favorite movie and Pale Fire his favorite book. I almost didn't care what his politics were.

I'm sorry it's being remade. Remaking good movies is one of the things I hate most about the film industry--but the easy $$ lure is too powerful. They should remake bad movies (especially of good books). But they generally won't do that. ( Madame Flaubert is an exception.) Take a piece of shit like Bonfire of the Vanities.: see if you can do something decent with that.
"Freedom of thought and speech without available means of gaining information and methods of sound analysis, are empty. Protection and security are meaningless until there is something positive worth protecting." E.W. Hall
Top

man, i was bowled over by this. the acting felt laughably over the top at parts, but Jon Voight and Eric Roberts are a good, dynamic pair. the action is excellent, and you get a good sense of the harsh environment in which the events take place. good comedy in the 'central' office scenes with the small role characters, very raw execution throughout.
Top

Always nice if you could stick on the director's name and the year, for anyone who doesn't know it's Alex Cox 1984. A remake? Yikes. Cox did his own "sequel" (of sorts) Repo Chick (see reviews passim) but I wouldn't go out of your way to see it.

Abbas Kiarostami, 2008. Haven't got to this on yet, though it does sound kind of.. extreme. I hear the Taliban are doing a remake with everyone in burkas

Piano Mouth wrote:now finishing up watching "Mr. Turner" by Mike Leigh. This one is pretty great so far. Will report later for sure

My dad was the Vice President of the Turner Society, so I'd better go to see it before he starts sending me dark messages from beyond the grave.. how was it, PM (I assume you got to the end of it)?
http://www.paristransatlantic.com
REISSUED! Eric La Casa / Jean-Luc Guionnet / Dan Warburton METRO PRE SAINT GERVAIS
https://swarming.bandcamp.com/album/met ... nt-gervais
Top

Yeah it was a pretty good movie. I sent you a PM
Top

I think that by PM Dan was referring to your pseudonym!
Top 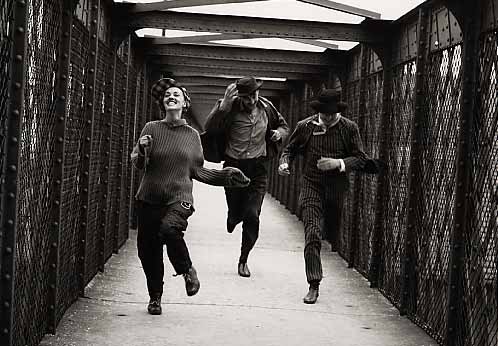 Still can't get into it, sorry. Could this be the most overrated film of the Nouvelle Vague? I seem to be in the minority in thinking so. Moreau is good, but I can do without Henri Serre and Oskar Werner, especially the latter. The breakneck speed of the editing and racy voiceovers by Michel Subor are invigorating, but I don't buy into the love triangle story (I think FT did it better ten years later with two girls and a guy in Les deux Anglaises et le continent, also based on Henri-Pierre Roche). Much preferred Shoot the Pianist. Now shoot me down.
http://www.paristransatlantic.com
REISSUED! Eric La Casa / Jean-Luc Guionnet / Dan Warburton METRO PRE SAINT GERVAIS
https://swarming.bandcamp.com/album/met ... nt-gervais
Top

Well, I guess that's what you call a spoiler

One of the original video nasties, this tale of gang rape followed by calculated and brutal revenge was also known as Day of the Woman, and was even hailed as a feminist classic by some, which is a thought almost as scary as the film itself. Actually, it's not very scary at all - the much-vaunted "longest ever rape scene" is in fact three separate attacks, between which Camille Keaton (distantly related to Buster) wanders / crawls around in a bloody daze. The script is pretty shoddy, and the acting leaves much to be desired, but the film's not as terrible as all that - with a bit of decent editing it might flow better - and Zarchi's idea of not using music at all (with the exception of a Puccini aria which our heroine plays while her second victim bleeds to death in the bath) is quite effective. Even so, I doubt I'll be returning to it. And I think I'll skip the remake too.
Last edited by Dan Warburton on Sat Feb 21, 2015 9:18 am, edited 1 time in total.
http://www.paristransatlantic.com
REISSUED! Eric La Casa / Jean-Luc Guionnet / Dan Warburton METRO PRE SAINT GERVAIS
https://swarming.bandcamp.com/album/met ... nt-gervais
Top

Yum yum! What with a very drunk Oliver Reed fighting off aerial attacks from deformed dwarves and the nice schoolteacher beaten to a bloody pulp while her class looks on, this is a real treat for Cronenberg fans. I wonder what his estranged wife (who escaped to live in a sect in California taking their kid with her - apparently the inspiration behind the film) thought of it.
http://www.paristransatlantic.com
REISSUED! Eric La Casa / Jean-Luc Guionnet / Dan Warburton METRO PRE SAINT GERVAIS
https://swarming.bandcamp.com/album/met ... nt-gervais
Top

Simply glorious - and see if your version includes the by Ruben Gevorkyants bonus short Islands comparing Parajanov and his good friend and champion Tarkovsky. (This is on the BFI DVD, though if not you can probably find it separately.)
http://www.paristransatlantic.com
REISSUED! Eric La Casa / Jean-Luc Guionnet / Dan Warburton METRO PRE SAINT GERVAIS
https://swarming.bandcamp.com/album/met ... nt-gervais
Top 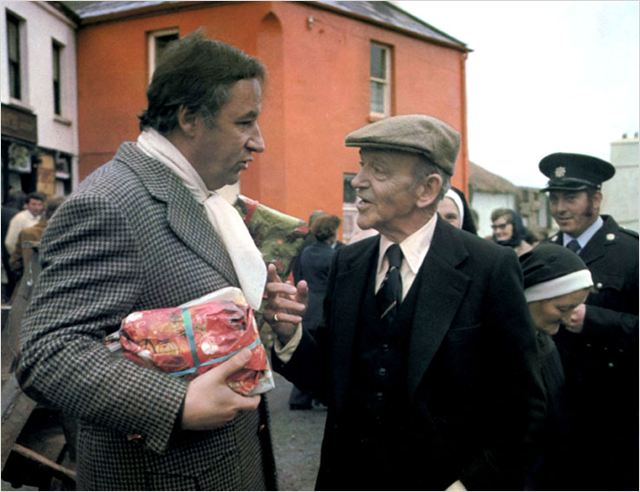 Probably worth it for the superb location footage of Ireland, but otherwise it's a strange and convoluted tale. Nice cast, but I'd have preferred to hear Fred Astaire, Charlotte Rampling and Peter Ustinov in English. Sounds like Ustinov did his own dubbing into French, and Noiret's voice is unmistakable. Looks like some of it was shot in English, so perhaps another audio version exists. Not in any great hurry to see it again though. Nice cameo by David Kelly (remember O'Reilly the cowboy builder in Fawlty Towers?) as a local queen
http://www.paristransatlantic.com
REISSUED! Eric La Casa / Jean-Luc Guionnet / Dan Warburton METRO PRE SAINT GERVAIS
https://swarming.bandcamp.com/album/met ... nt-gervais
Top wow. went in with low expectations but man this was absolutely fantastic! the story does not follow on from the dreadful Exorcist 2 but instead is based on Blatty's novel Legion and uses some of the back-story from the original Exorcist. it is directed confidently by Blatty himself. it is more of a horror-thriller with quite a few genuinely scary scenes and an atmosphere of dread that never lets up from the first frame. fantastic sound design (at times recalling Friedkin's film) and some lovely atmospheric lighting and shadowy photography throughout. a horror film quite unlike any other I've seen.

funny story by WPB about the title: “I begged them when they were considering titles not to name it Exorcist anything, because Exorcist II was a disaster beyond imagination. You can’t call it Exorcist III because people will shun the box office. But they went and named it Exorcist III, then they called me after the third week when we were beginning to fade at the box office and they said ‘We’ll tell you the reason, it’s gonna hurt, you’re not gonna like this – the reason is Exorcist II.’ I couldn’t believe it! They had total amnesia about my warnings!”
Last edited by j-p on Mon Feb 23, 2015 5:10 am, edited 1 time in total.
Top Similar theme and structure to Imamura's 1997 film Unagi (The Eel) but with a lighter tone. this time Koji Yakusho's character doesn't kill his wife in the first five minutes however she is conspicuously absent from the entire film (you almost forget he's married). the film gently interrogates and even pokes fun at certain aspects of japanese culture but never in a didactic or obvious way. top tier Imamura for me. his last film.
Top Good to return to this again. There's a better quality rip on offer at KG if you didn't know, but one lives in hope of a decent HD release one day (wonder what's holding that up? Copyright issues?). Quite apart from being a stunning debut from Dominique Sanda (who, despite her young age, had already had some serious experience of life, having married ridiculously early), it's a textbook example of Bresson's greatness and economy, and also give the lie to the notion that his cinema is too slow.. I don't have any ASL stats to hand, but what the characters manage to do in just 85 minutes is pretty impressive - three museum visits, trips to the cinema (we see Pierre Clementi in Deville's Benjamin..) theatre (an extended scene from Hamlet), country and zoo. Guy Frangin is a typically cold Bressonian modèle, but that works as a great foil to Sanda, who can do more with a sideways glance and a twitch of the lips than most actresses could do in a lifetime. Terrific.
http://www.paristransatlantic.com
REISSUED! Eric La Casa / Jean-Luc Guionnet / Dan Warburton METRO PRE SAINT GERVAIS
https://swarming.bandcamp.com/album/met ... nt-gervais
Top 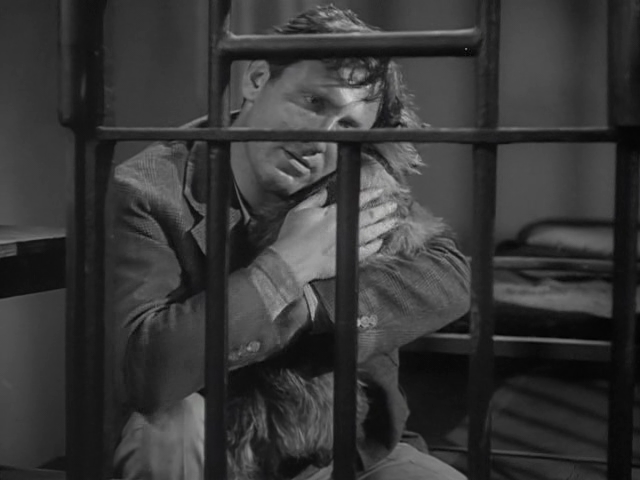 OK, Spencer Tracy's transition from peanut-chomping Mr. Normal to revenge-bent tough guy is a bit alarming, but there's much to admire apart from that. Perhaps it took an escapee from Nazi Germany to pinpoint the transition from idle neighbourly tittle-tattle to murderous lynch mob. Tracy's guilt-trip flashbacks are great too, especially the one where he imagines he hears lively chatter from a bar and goes in to find the place deserted. I wonder if Mr. Kubrick had that in mind for The Shining.
http://www.paristransatlantic.com
REISSUED! Eric La Casa / Jean-Luc Guionnet / Dan Warburton METRO PRE SAINT GERVAIS
https://swarming.bandcamp.com/album/met ... nt-gervais
Top

Stories of Dennis Hopper's substance abuse during the shoot have become legendary, but the real nutter in this film is the stuntman who sets himself on fire and dives backwards fifty feet into a pool of water only a few yards wide. Hopper is good as bush ranger Morgan (though it's not his wildest performance by any means), and the landscape photography is gorgeous throughout, but with its gory opium den massacre and jailhouse buggery, I doubt the Australian Tourist Board found much use for it 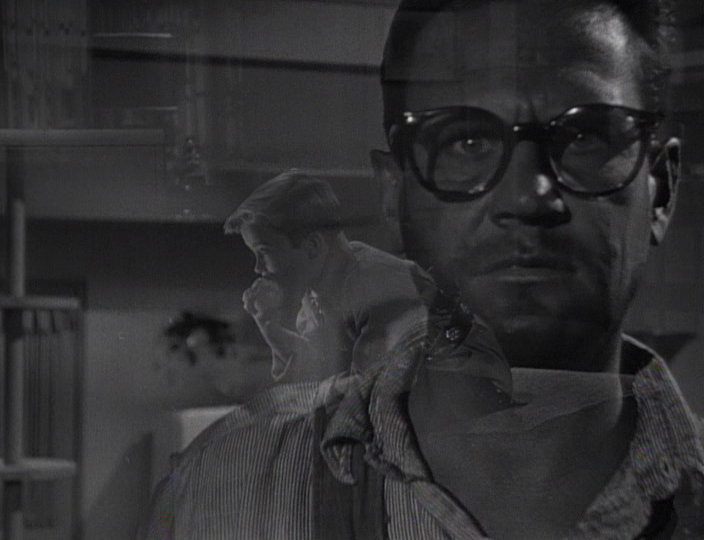 Budd Boetticher, The Killer Is Loose, 1956

It's a shame Wendell Corey gets gunned down rather perfunctorily on Joseph Cotten's front lawn, as there's much to commend his performance as a disturbed escaped convict hell-bent on killing the wife of the cop who accidentally shot his own spouse when he was arrested. Nice tight direction, good acting. Good noir.
http://www.paristransatlantic.com
REISSUED! Eric La Casa / Jean-Luc Guionnet / Dan Warburton METRO PRE SAINT GERVAIS
https://swarming.bandcamp.com/album/met ... nt-gervais
Top
Post Reply
Jump to