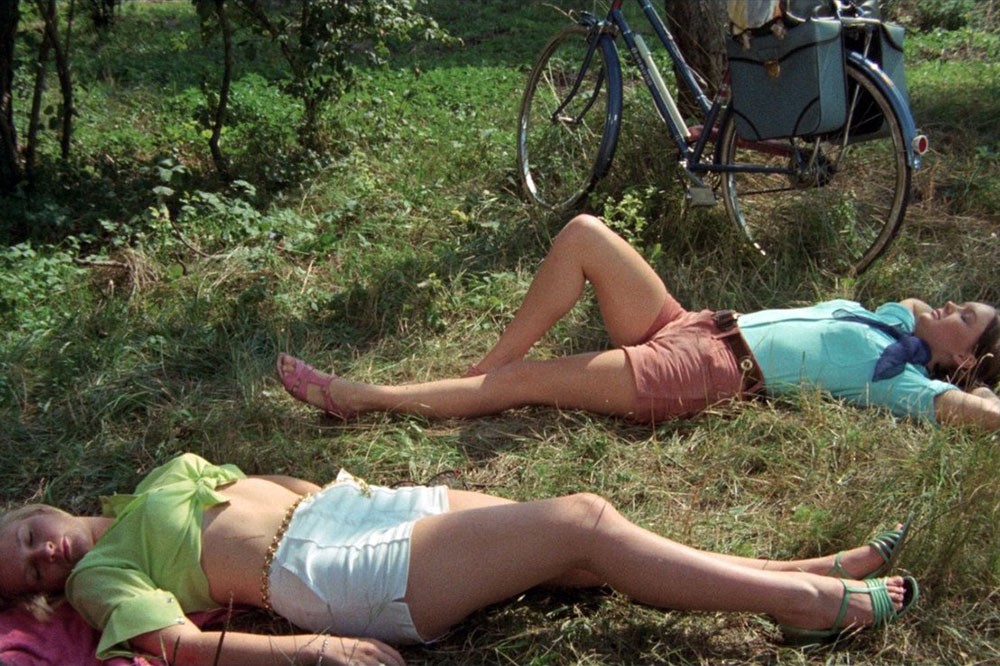 Robert Fuest, And Soon The Darkness, 1970

If you can negotiate your way past the Captcha security, this is a fine review https://www.slantmagazine.com/dvd/revie ... r-blu-ray/ - and I should stress this is the original of the film, which (from what I read) seems to be much better than the 2010 remake. Michele Dotrice was just 22 at the time, three years before she hit comedy paydirt opposite Michael Crawford in Some Mothers Do 'Ave 'Em (if you can remember that one, you're probably as ancient as I am), but she isn't laughing here, I can tell you. As the above-linked review makes clear, wide open spaces under clear blue skies can be as scary as a dark haunted house..
http://www.paristransatlantic.com
REISSUED! Eric La Casa / Jean-Luc Guionnet / Dan Warburton METRO PRE SAINT GERVAIS
https://swarming.bandcamp.com/album/met ... nt-gervais
Top

Always lurking Dan, and ready to post from time to time. Happy new year, at least we've been warned this time around. 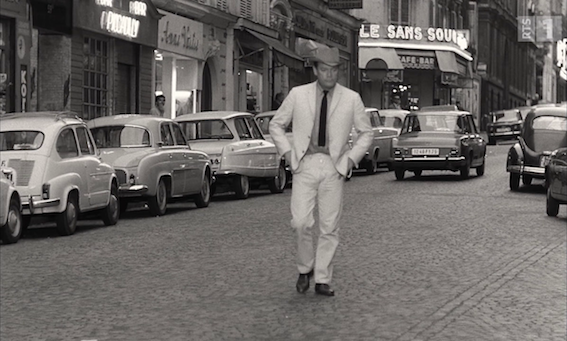 Deville's direction is as elegant as they come and well-complimented by Nina Companeez's sharp, witty lines - though just a tad too ironical, just like the film as a whole. The opening looks like Pierre Etaix filming some Westlake's bits of Dortmunder (same remark has been made in this review) and the mix of melancholy and burlesque, to the sound of a fitting soundtrack by Delerue, seems to strike a perfect balance. The problem is that Deville is almost never serious enough, his is the standpoint of an aesthete, detached, ironical, playful, all things I like and favor, but also regrettably shallow. In that sense, the wistfulness of the first few scenes tend to disappear into thin air once things get going, that is, fights and bodies accumulate, and the tragic overtones are too elusive to scrape at the comic-book aloofness de rigueur that's perhaps associated with Eddie Constantine. One "merci Jo" at the end has that tragic, though discreet quality, that characterizes a good série noire but has been a bit lacking. Very impressive camerawork through and through.
Top

Dammit Ben, I snatch hundreds of movies a year and you always seem to find one that I haven't got yet (and I thought I had most of the Devilles) - just as well Karagarga is down today, as I'd jump on it right now - bookmarked! Thanks for the info - meanwhile, I wouldn't recommend this one, unless you're a real glutton for punishment

Sly Stallone as Machine Gun Joe VeTurbo and the thoroughly stoopid lines he delivers in that inimitable accent ("you know, it used to be in the old days we would just take someone like you in a alley and blow their brains out") is (are?) the only thing I enjoyed here, much as I like dumb exploitation films. I guess it might mean (mean?) more to you folks on the other side of the Atlantic, but it didn't do much for me, sorry.
http://www.paristransatlantic.com
REISSUED! Eric La Casa / Jean-Luc Guionnet / Dan Warburton METRO PRE SAINT GERVAIS
https://swarming.bandcamp.com/album/met ... nt-gervais
Top

..but this one blew me away last night:

"When a young couple and a peeper are killed in the field with sadism, Inspector Amaldi and his partner Freese unsuccessfully follow the leads trying to track the criminal. Meanwhile, the college student Giuditta is being stalked and goes to the precinct, where she is attended by Amaldi, and immediately they feel a great attraction for each other. When another woman is murdered, Amaldi and Freese realize that they are chasing a serial killer. Amaldi visits Professor Civita, trying to find the meaning of three leaves found in the crime scene. Amaldi, who battles with his violent temper, tries to put the clues together and to avoid the next murder of the unknown psychopath." Imagine a film that can take the best elements of Se7en, Silence of the Lambs, Zodiac and Profondo Rosso - yes, it can be done and Puglielli's done it: the perfect blend of giallo and serial killer tropes, spectacularly well-filmed, very well acted (though I've been a huge fan of Luigi Lo Cascio ever since La meglio gioventù) and with a plot less convoluted than most gialli (but not without a few tasty red herrings) but one that doesn't let up. If that's not sufficiently glowing as reviews go, you can try this one https://www.hysteria-lives.co.uk/hyster ... ystal.html
http://www.paristransatlantic.com
REISSUED! Eric La Casa / Jean-Luc Guionnet / Dan Warburton METRO PRE SAINT GERVAIS
https://swarming.bandcamp.com/album/met ... nt-gervais
Top 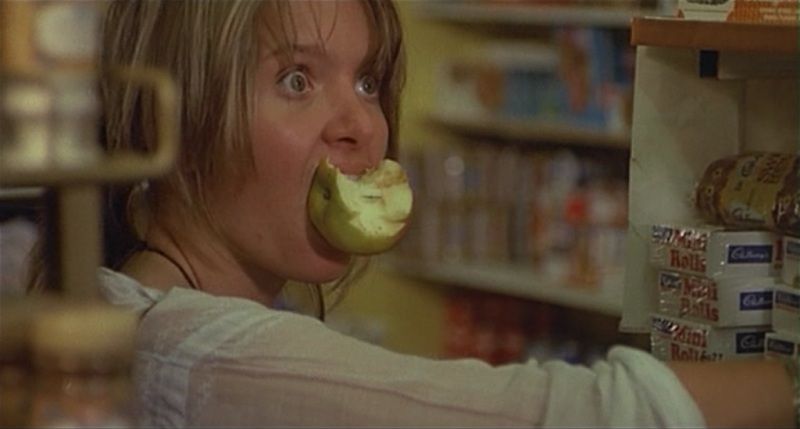 The English title is plain stupid, but the Italian original - "Si può essere più bastardi dell'ispettore Cliff?" ("Can anyone be more of a bastard than Inspector Cliff?") is much better. The Cliff in question is our (anti)hero played by the dashing Ivan Rassimov, an anti-drugs agent playing mafiosi and drug traffickers against each other and wiping them all out along the way, until.. (no, I won't spoil the ending). This is a surprisingly good little film, with some excellent location shoots in Lebanon and London, and a snappy Riz Ortolani score to boot. Wonderful to see the great British comic actress Patricia Hayes as Mamma la Turca, a brutal mafia mamma if ever there was one. Great fun for a miserable rainy curfew January evening.
http://www.paristransatlantic.com
REISSUED! Eric La Casa / Jean-Luc Guionnet / Dan Warburton METRO PRE SAINT GERVAIS
https://swarming.bandcamp.com/album/met ... nt-gervais
Top 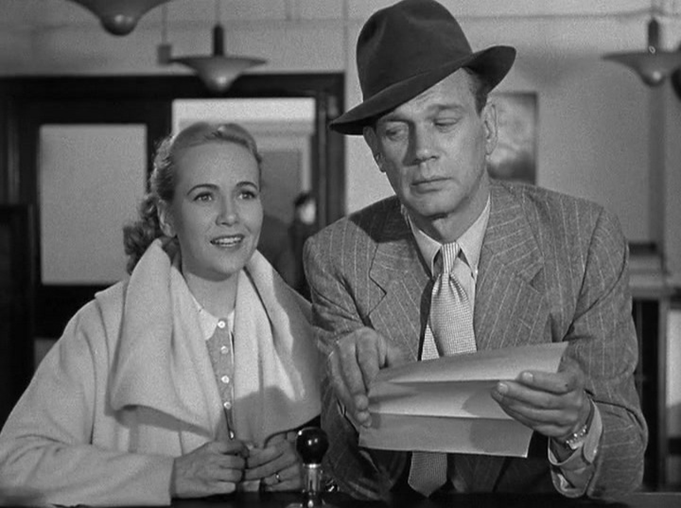 Nine years after she threw him under a train in Hitchcock's Shadow of a Doubt, Teresa Wright is now married to Joseph Cotten

, but has no idea of his plans to rob the bank where he works and take her (and their daughter) to Brazil, the only country from where extradition back to the US is impossible (in case you think I'm spoiling anything, Cotten's plans are made clear from the outset in his voiceovers), until they find themselves stranded in New Orleans and unable to catch a connecting flight in time. There's a nice sense of impending doom throughout (not helped though by Dmitri Tiomkin's overwrought score), until Cotten has a change of heart, goes home and returns the cash just in time. The result is a rather flaccid happy ending - call it a Frank Capra noir.
http://www.paristransatlantic.com
REISSUED! Eric La Casa / Jean-Luc Guionnet / Dan Warburton METRO PRE SAINT GERVAIS
https://swarming.bandcamp.com/album/met ... nt-gervais
Top
Post Reply
Jump to