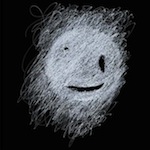 I know...but still waiting for every single item

"Before you play two notes learn how to play one note - and don't play one note unless you've got a reason to play it." - Mark Hollis (1998)
Top

Anyone heard this disc yet? I'm gonna get a copy, nonetheless, but I don't think I've read any words about it...
website
Top

Anyone heard this disc yet? I'm gonna get a copy, nonetheless, but I don't think I've read any words about it...


There's a review at Just Outside:

I have the record. It's surprising, not something you can "digest" in one sitting.

To me, it's more about story-telling than setting an atmosphere, if you see what I mean. When listening to it, I'm sometimes tempted to hit "pause" to relax before going on with the narrative nature of the music. It's a huge compliment for me because to narrate you need a vocabularty, and you really get a sense of musicians with a rich vocabulary, although with very rough intonations in some places !

and a nice digipack too...
Top

Yes, this is an excellent release. If you enjoyed this one Julien you should try & get hold of the other English releases (maybe send a PM to Joe & he'll tell you how). As an English teacher you have to know the language

all used lps
I was going to be a neo-deconstructivist but mom wouldn't let me.
http://soundcloud.com/mites
Top

together with: books
- some photo documentary about punk
- and a new book about the german punk/post-punk/NDW-scenery "Als die Welt noch unterging"


The most remarkable thing about those three purchases: after having bought them, I put them directly into my rehearsal room, left them there for about one week - and during that week I didn't think once of them. I entirely forgot about them. When setting up for a gig yesterday, I found the bag in a drum case and thought "haa? - what's this?".

I apparently started the habit to buy stuff I believe to be interested in.

Lots of cassettes this time (and I am out of money once again).

Fabio Orsi - Picture Myself in a Cloud (Ruralfaune)
Top

extended pieces r us.
The Crystal Palace Must be Built
Top

Huh, I hadn't even heard of this before now. Reading an online description sounds intriguing. Have you checked it out yet Al? Any thoughts?
"Please everybody, if we haven't done what we could have done, we've tried"
Top

yeah, it just came out, I have copies en route.
Top

i tried for a copy on ebay, but someone else wanted it more than i did. i guess i'll wait till jon has it.

I forgot to list this one, bought at a Scorch Trio concert:

And got this one on Saturday, as a birthday present (just listened once to the DVD, and it's very good):

Huh, I hadn't even heard of this before now. Reading an online description sounds intriguing. Have you checked it out yet Al? Any thoughts?

Not had a chance to listen yet. Hopefully tonight.
The Crystal Palace Must be Built
Top

mudd wrote:i guess i'll wait till jon has it.

which is now, they just showed up. whoo!
Top

Much to my surprise, apparently scored the last CD of "Leonard Bernstein Conducts Music of Our Time" from Amazon Japan, nice. 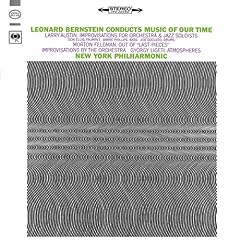 bostontricky wrote:Much to my surprise, apparently scored the last CD of "Leonard Bernstein Conducts Music of Our Time" from Amazon Japan, nice.

Is that this one? 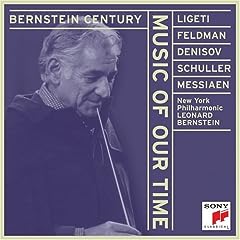 If so I have that and have very little time for it. The Fedman piece (called "Last pieces" though written in 1958) is pretty awful, though I'm not sure if thats down to it being a very unusual composition amongst Feldman's catalogue, or its just played badly. It sounds more like a Tom and Jerry cartoon soundtrack than something you might expect from Feldman.
Cathnor Recordings | The Watchful Ear
Top

Yes and no, Richard: it's a reissue of the original LP as far as I can tell, so it has the Ligeti and Feldman pieces, along with four live short pieces here titled "Four Improvisations by the Orchestra". I'll keep your advice in mind while listening to the Feldman, the whole enterprise doesn't really seem like a Lenny Bernstein production.

I picked up the disc mainly for Larry Austin's "Improvisations for Orchestra and Jazz Soloists", with Barre Phillips and Don Ellis.
Top I was going to be a neo-deconstructivist but mom wouldn't let me.
http://soundcloud.com/mites
Top
Post Reply
Jump to