you should exercise while listening to 'land of lurches.' it will improve your cholesterol level and your blood pressure by 23%. 'sheer hellish miasma' has also been known to help cut the pounds fast, but i've heard many people gain the weight back after a few months. use his older guitar-based releases for yoga or pilates. enjoy.
Top

I'm moving over comments from another thread about Mr. Drumm.


Drinky Crow wrote:I've always been afraid to say so - as it would make me look like a "wuss" or something - but I just can't stand Kevin Drumm. I've read that his recording process involves using guitar & maybe other instruments plus, of course, a lot of manipulation, but I can never shake my initial impression of it. It sounds like someone just picked out a particularly obnoxious instrument ensemble in Reaktor (or maybe a newer, similar type thing), cranked all the levels and stuff up, and just let it run, twiddling a few knobs here and there. Not that music should necessarily involve any complex creative process, but you know... it just sounds like bullshit to me.

to each their own, but I couldn't agree with this less. I'm not sure exactly what records you're talking about, but I'll assume that Sheer Hellish Miasma is one of them. SHM is an incredibly carefully assembled disc, intricately layered, perfectly controlled chaos. there are plenty of people making amateurish and randomly chaotic noise records, but Kevin is not one of them.

in my opinion, Kevin Drumm is maybe the closest thing the US has to a musical genius right now, and it's a total fucking shame that he seems to have (at least temporarily) stopped making music.

there are bigger fans of his here than me even, who can probably offer more details on his work, but I felt compelled to share that.
Top

i changed my position
Top

jon abbey wrote:I'm moving over comments from another thread about Mr. Drumm.

to each their own, but I couldn't agree with this less. I'm not sure exactly what records you're talking about, but I'll assume that Sheer Hellish Miasma is one of them. SHM is an incredibly carefully assembled disc, intricately layered, perfectly controlled chaos. there are plenty of people making amateurish and randomly chaotic noise records, but Kevin is not one of them.

in my opinion, Kevin Drumm is maybe the closest thing the US has to a musical genius right now, and it's a total fucking shame that he seems to have (at least temporarily) stopped making music.

there are bigger fans of his here than me even, who can probably offer more details on his work, but I felt compelled to share that.

I didn't notice there was a Kevin Drumm thread, or I might have posted that here.

Anyway, part of why I've been "afraid to admit" my dislike is that I'd really like to believe that I'm the sort of person that would like Kevin Drumm, or that I could at least come to some sort of respect/ understanding of his music. I'm sure it divides most people into either loving or hating it, and I'm sure a ton of people would have no problem whatsoever proclaiming their utter hatred of it. Still, I'd like to think I'm more open-minded and less dismissive, and it's altogether possible that I'm not "getting" it. I've only heard Sheer Hellish Miasma and Land of Lurches, and I haven't listened to them a whole lot. I'm also aware (or I've read) that he does maintain strict control over minute details and that his music is, as you say, carefully assembled. I was just commenting on what it sounds like to me. Admittedly, I'm not overly familiar with a lot of the experimental music you guys are into/ involved with so we're undoubtedly coming at this from different angles.
Top

fair enough, and I'm talking more about SHM and most of his earlier work than LoL, which I haven't heard so much, but which is intentionally more towards the direction you're talking about.

question, though: are you listening to the CDs on a good system, or to ripped, shared versions? I have a feeling that SHM might lose more via transfer in terms of depth of detail and clarity than almost any other record I can think of, electroacoustic music in general isn't so well served by MP3s. if it were up to Kevin, SHM would have been a vinyl-only release.
Top

They're ripped, and I wouldn't say my stereo system is very good. That's something I've been wanting to take care of for a while. Maybe after I do I'll buy a legitimate copy of SHM.
Top

SHM is one of my favorite records of recent years. I agree wholeheartedly with Jon's calling Drumm the closest thing we (the US) have to a musical genius.

Anyway, I used to be into hardcore and one of my friends from those days came into town recently. I had to get grad school applications together and he wanted to hear some of "this weird shit you listen to now dude" so I put on the first two tracks of SHM for him and at first you could see him sort of uncomfortably laying on my bed listening to this rather loud chaos. After that 20 or so minutes t hough he came out of my room and told me at first he hated it, but the closer he listened, the more attention he paid, the more he liked the record. He said SHM was "deep, like layered" and it's so true. I remember first hearing SHM and not thinking much, but when I really turned it up loud and listened carefully I c ouldn't help but get drawn in. It's such tightly controlled chaos like Jon said. It's fucking gorgeous and there's so much information for your ears to sift through as the tracks progress.

also, SHM and LoL are one extreme end of kevin's ridiculous range, albeit the most recent one. this is a guy who worked for years with taku sugimoto. more than any other musician I know, he totally changes his aesthetic from project to project, very impressive. someone needs to give him a big grant.
Top

while i'm a fan of both his latest material and earlier guitar works, i think the segue period between the two is some of his finest. his tape on freedom from and the videos of live performances from this period - i'm guessing roughtly late 2000 to mid 2001 - are really great. very precise & controlled sounds. a nice exit ramp on the drumm highway.

does anyone have video or audio of the project he did with the po-mo architects in chicago? it's from this period & seems like it'd be really awesome.
Top

he did two nights at tonic around that time, two performances a night, I think maybe a solo and a combined performance each night. I saw all four, which I remember all being very good and different, but the most memorable was a duo with lee ranaldo, which was sparse, precise and beautiful, as mike says. easily the most nuanced improv set I've ever heard from lee.

are any of those live videos from nyc, mike? he's barely played in nyc since then, maybe the only time was the show chris, nirav and I saw in queens last year.
Top

they were almost all chicago. brent was showing me a bunch a while ago. empty bottle opening for fennesz was really great. there's one with him playing at the skate bowl that those same architecture guys designed, crazy minimal waves floating around while dudes are skating the bowl paying no mind whatsoever...
Top

I just threw a dart and ordered Comedy. Any thoughts?

Comedy is a good starter, but not very entirely representative. it's mid period and doesn't touch on his early guitar sound or later computer works, but in general tone & atmosphere, you can hear the transformation of his style and subtle hints of both polar ends of his work. the opening & closing organ tracks are awesome.
Top

a vote for kevin

i just gotta add that kevin drumm is responsible for most probably my favorite show of all time. (slight disclaimer -- iwas involved in the group that booked the show, but nonetheless, drumm ruled...) it was a year ago march or so, at a place called flux factory out in queens, but he played on a 10-foot elevated pedestal kinda thing with all of the lights out and a smoke machine... the second sightings stopped he started in with a guitar feedback thing much in the vein of SHM / land of lurches... which stayed at the same intensity from start to finish but with really subtle changes you only noticed after a minute or two. then after about twenty minutes it just cut out into a minute of hiss and then ended. may not sound much, but the sheer force of the sound was pretty amazing...

and based on his recordings, i agree with jon -- i think the guy is the most consistently interesting musician in the US right now. SHM and LOL are pretty great drone noise blasts, but his early stuff is pretty wild too. 'comedy' is great, much more minimal (and currently being used in a video installation at the whitney biennial to great effect), and the KD freedom from thing is well worth tracking down. i have a couple of live sets of his off soulseek which are all over the place but all incredible..

shm is one of the few anythings that just knocked my legs out straight off.
Top

Re: a vote for kevin

np-rayr wrote:i have a couple of live sets of his off soulseek which are all over the place but all incredible..

hey, welcome. and: one of those sets doesn't happen to be mutek last year, does it? cuz the dude who just posted after you recorded that one, and i seem to remember it's pretty awesome... 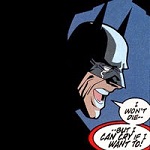 i dont think comedy's a very good start. it's a good drone album, not bad on its own, but sheer hellish miasma and land of lurches are downright mindblowing. still, if you have a tolerance for drone, you'll probably enjoy comedy.
reddy brown objects
Top

i'd just like to profess my love for the first track on Land of Lurches... from the start with the massive wave of sound that gradually sweeps over the top... to the end segment with the eery howling voices bouncing about through those sharp sinewaves... i can think of very few tracks that were more exciting for me last year...
Top

I don't know Drumm as well (in some cases, literally) as most of the dudes in this thread, but fwiw, yeah, SHM and LoL are total masterstrokes. When I first heard SHM, I could only take a few minutes of it. Slowly, it started to sink in until it was less noise than it was.... I dunno, meditation, maybe.

Also, I'm happy Impish Tyrant found its way onto SLSK, because 50 copies of that is nowhere near enough. The A-side is really killer.
Top
Post Reply
Jump to