Les Volcans from benin are always great when joseph atchade is in charge of things. here's a 45 from 1977:


and as a bonus an a side from the same year (the b is less strong):

killer 45 from reúnion (which means it's a french record, probably late 70s). the b side is the single, so that's first:

The a-side is on this fantastic Strut compilation: 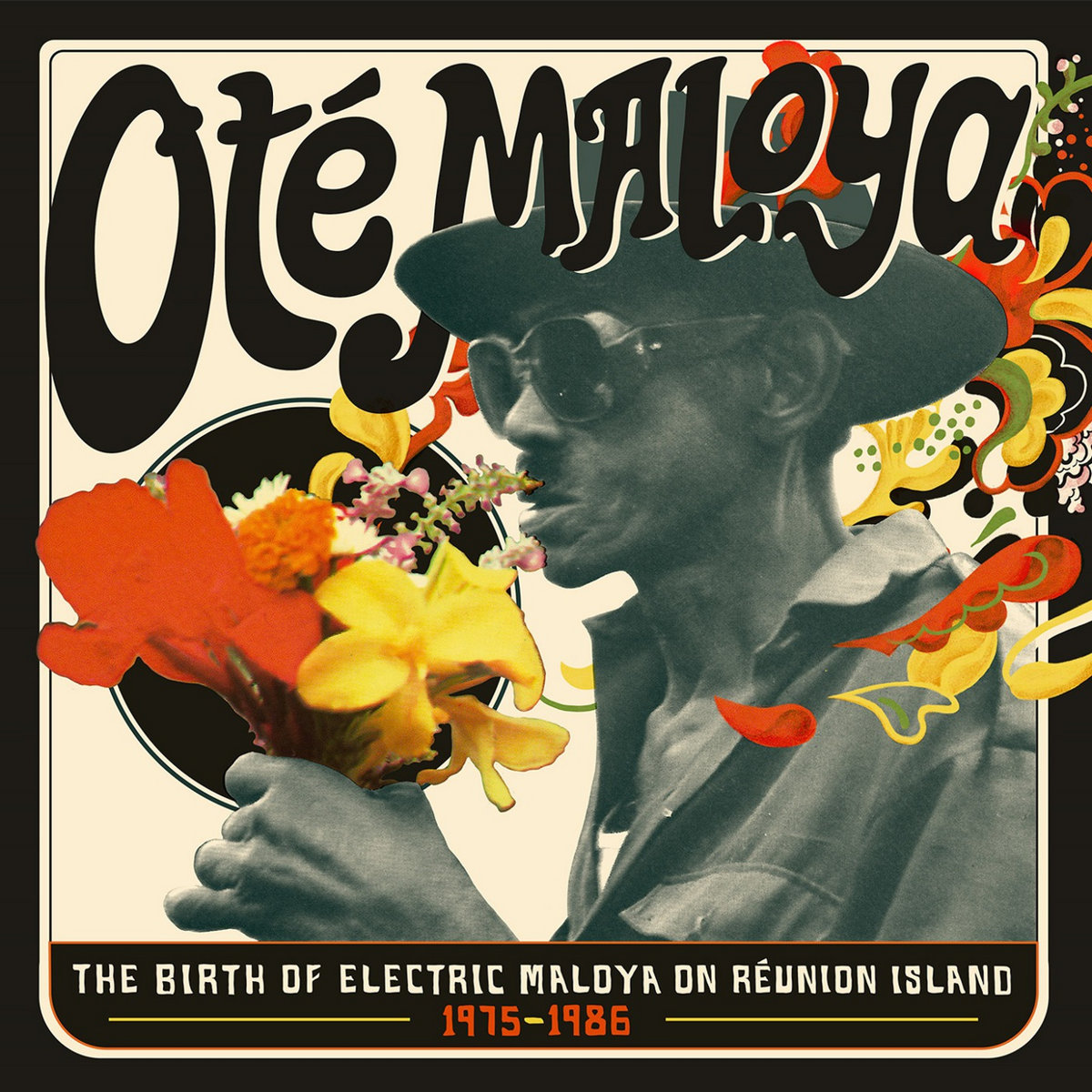 wow, this is effin amazing !! thank you surf !
Top

back to ghana. this was recorded in 89, so it's kind of a revival record, but it sounds incredible, especially with the drum fills ringing out strong. also great structure, one medley across one and a half sides, ever more reduced until it's almost percussion only, then a 2nd track with some nice brass. can't find the complete side 2, but here goes:


the best drum fills from the classic era are probably on the blue K. Frimpong album from 1976, so i might as well post that too:

and a wonderful early Pat Thomas (again)-related 45 from 1974. between lean riffage, percussion interludes, and a nice choir this has an unusual breadth of sounds for a single.

and here's another recent favorite, Le retour de grand Anoman Brouh Felix, Ivory Coast, later part of the 70s. it's so lean it wears a skeleton on the cover.

surfer wrote:The a-side is on this fantastic Strut compilation:
https://strut.bandcamp.com/album/ote-maloya

That track, "Séga Le Sport", is even mentioning Bernard Hinault and... Michel Platini (explains why you can find the very same people in this topic and in the futbol topic

recently i scooped an album by a hausa traditional poet called dan maraya jos (northern nigeria) and can't get enough of him. the concept is rather rudimentary - he mercilessly plucks this miniature one-stringed lute up and down the scales and retells epic stories in the process but he does so in a very skillful and playful manner, without much pomp or decorum. at first its just strange and then it gets hypnotic and sucks you in. read more & download at likembe blog:

also discovered this beauty by rahel yohanes and shambel belayneh, but the whole album is not nearly as good as this song (it is downloadable from ethio-pain blog, though)

even more rudimentary than the dan maraya jos album, i found two excellent tuareg recordsings that sprung up on the sahel sounds - idassane wallet mohamed (bandcamp + discogs) and fadimoutou wallet inamoud (bandcamp + discogs). thanks to tinariwen and alike bands, tuareg 'rock' stuff has become a thing in recent years but these two recordsings are of an entirely different genre. not only that there are no amplified instruments, there are no instruments at all - only intertwining voices, handclapping and some kettledrums (which are actually kettles)... just desert 101 stuff you can can mount onto a camel. together with mamane sani these are the best things the sahelan marauder has so far published.

oh and i almost forgot, the lyrical themes on touareg recordings are worth mentioning (kirkley was kind enough to provide translations). besides what you would expect of touareg traditional music - themes like love, social relations and geography - there is an extraordinary amount of politics involved. for instance, fadimoutou's album was created in free azawad, the during the touareg rebellion-turned mali civil war and she is not shy about her allegiances to MNLA (mouvement national de libération de l'azawad, the main engine of the 2012 inssurection). check out the ridiculously charming agit prop lyrics on adyamina track

Oh, my friends who are in the middle, we are talking to you.

Look at Baye who is sitting between gentlemen who are in a Toyota with Kalashnikovs and their
multicolor garments. With his smell and flowered clothes.

Oh, my friend, we see this! Listen to this, it is not a speech from the air.
What do you think about those tanks, those Kalashnikovs, those missiles of revolutionary men?

With their headlights, and their tail lights - don’t they look like the Americans who came looking for Saddam Hussein?
Oh, those revolutionaries can let the fire burn while laughing.
Top

resurrection on occasion of other stuff being put to bed:

here's one i've been listening to a lot lately, vibes, steel guitar ... mamadou doumbia has made a few very good records, vol. 2 for me is the greatest

i think i haven't posted any guelewar yet ... several great albums between the late 70s and the early 80s, this among them:

where's dark attraktor, he promised to be back on this thread?

here's another favorite lp, Kyeremateng Atwede and The Kyeremateng Stars: Owuo See Fie, Ghana 1981. one of my very favorite voices in this music, credited to b. kyei ... whom discogs conflates with baffour kyei, whose sparse own releases are much sweeter-voiced so i'm not sure.

heya wombaterz, here's narcdetractor ! no, i haven't forgotten about my promise but its nonetheless so very nice of you to remind me !

i haven't got sick or anything, i'm just plain old fashioned mix of lazy & disorganized. good that you nudged me !

first, i start with a confession. after posting about a dozen posts here about Les Volcans you finally managed in burrowing their way into my subconscious. i played Les Volcans to death last summer (both the 1977 album but especially the 7"-ers you posted here before like Jomido and Edio but also my absolute favourite Mi Kple Dogbegpo which you didn't post.

on a side note, super curious to know whether our man Joseph Atchade is the same guy as Joseph Dossou Atchade, the social scientist who wrote this rad shit.

the social scientist Atchade was born in 1949 which roughly corresponds to our Atchade guy. Benin had like 3 million people at the time so its not that far fetched. but i digress.