here's a mishmash of different stuff i've been enjoying recently in the next coupla posts.

the first thing i'd like to turn everybody's attention is in fact a first in the series of tapes by Yilma Hailu, an Ethiopian Tewahedo Orthodox church music singer. this is lo-fi sacral music whose shabby production is just as amazing and baffling as the eerie apocalyptic hymns of early catacomb christianity that Yilma performs. basically this sort of production makes the music much stronger than any 'good' studio work could. the recording should from 1992-1994 and it was first posted online by the amazing Awesome Tapes from Africa blog.

btw, Yilma Hailu has a shitload of stuff in this dark, brooding style besides the cassette in question:

folksey, intimist, enchanting organ music from late 1970s and early 1980s by the pioneer of electronic music in Niger, Mammane Sani. released by that saharan marauder Chris Kirkley on his Sahel Sounds output.

one of the things i played incessantly in recent months is the 3xLP collection of anthropological field recordings from Chad released by the French state-owned cooperative Ocora in 1968. the thing has 3 LPs and i can't decide which is better. the release itself comes with a 50 pages booklet with, abundance of texts and photo documentation really sets the bar high in this field !

(despite the fact that i enjoy all kinds of recommendations, ocora compilations are pretty much the opposite of what i'm after. incredible label for sure, but enough about the curatorial powers of the adventurous white ethnographer conquering the last unheard places on earth and catching unsuspecting undiscovered geniuses of the amazonas delta (basquiat reference) on tape for our museums of the imagination ... in this thread i'd be more interested in records where we trust the undiscovered geniuses with their own studio.)

meanwhile, somebody's convinced me that restricting this to lps makes no sense since in some areas and kinds of music 45s are more important. so here's both sides of an absolute classic (Benin 1973):

and this has great production: Orlando Owoh: Ma Wo Mi Roro (Nigeria 1982) (by far my favorite of what i've heard from him)

Itadi: Watch Your Life (Togo 1977). this one i've only known for 48 hours but it's bonkers and i love it. like the orlando julius above it's been properly reissued.

King Sunny Adé: Juju Music (1982), the first record on Island, this was my entry point into anything african, as it was for many, still sounds great to me (compared to older stuff, the mix foregrounds the vocals, and there's more space to the sound (it's dubby rather than groovy), but contrary to the next one, Synchro System, there are no crimes contained in this foreign mix):

here's something earlier, a great single from 1975, wild guitars:

Demola Adepoju: Olufe-Mi (Nigeria 1985). this is the brilliant only solo record by Adé's steel guitarist. the riff/rhythm that slowly establishes itself over the first two minutes is on a lot of nigerian tunes, dunno who started it ... 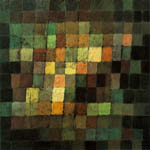 some great posts here! thanks

Thank you for this great thread!
Top

De Frank: Baby Don't Play Me Wayo (Ghana 1979). a few years earlier, De Frank had made a record titled Psychedelic Man which shows his back view in a denim suit, and i've no idea why the reissue industry is sleeping on that, it would sell regardless of the music. this one sounds even better, the somewhat eclectic influences (reggae to afrobeat) completely made his own, great record:

Sory Bamba du Mali (1979). if anybody is clicking on these, give it longer than the a bit predictable (though splendid) first track. often african records are sequenced each side for itself, this here is structured as a whole and goes some pretty wild places on the way. as far as i've heard his output, this is sor(r)y's best effort by some distance.

Undercanonized or not, this thread needed some El Hadji Faye
Top

indeed, that's a great record, though i'm no huge fan of the guitar work ... if you have any unsuspected mbalax recommendations, do post em.

anyway this reminds me i need to check more star band de dakar:

(btw both this song and Liti-Liti from Star Number One above exist in inferior versions by Orchestre Baobab)
http://tonotfallasleep.blogspot.com
Top
Post Reply
Jump to